Beat the heat with berry retreats

It has long been a tradition amongst many families in the southwest to go berry picking in the summertime.

Whether young or old, people of all ages have always enjoyed the sunny afternoons of June, July, and August spent picking Saskatoon berries in a field or pasture.

But if marching through uncut brush and hole-pocked fields aren't your idea of a relaxing afternoon, some businesses have elevated the tradition to a more clean-cut practice.

Here in the southwest, there are a variety of farms that offer berry picking to folks looking to spend a day with the kids, maybe going on a first date, or just looking to save some cash by picking their berries for baking.

Some people do it to get away from the over-watered berries you can buy in the store, that are selected for size and are not bred for flavour at all. 'Nothern Vigor' is a phenomenon that causes berries in northern climates to be dense with nutrients and sweetness, lending farm-grown berries here in Canada a powerful flavour.

One such farm offering these tasty treasures is Bouvier's Berry Basket, just 15 kilometres North of Kincaid. The woman behind the berry-picking side of their operation is Elaine Bouvier, co-owner of the operation.

"We go mostly Saskatoon's and sour cherries," began Bouvier. "We also have hafkats, strawberries, raspberries, rhubarb, and of course apples. A little bit of everything that will grow in Saskatchewan."

Their operation is more than just berries and apple picking, as they also do pulse crops and cereals.

One of their more interesting berries is probably the hafkap berries. Originally based on a berry native to Canada and Russia specifically, the ones they offer on the farm have been enhanced by the bright minds from the University of Saskatchewan to be a little more durable in the changing climate of today, and even a little bit better overall as a berry.

"They're sometimes called honeyberries, too," added Bouvier. "They're good in jams and on pancakes and ice cream and so on. You can use them in pies too, but I haven't made a pie with them myself. One of my customers that has says they're great."

If folks would like to do a walk-in at Bouvier's Berry Basket, they are more than welcome, though it is recommended to call in to make sure the berries you want to pick are still available. You can always check out their Facebook page to see what's been happening on the farm too.

Another operation, deeper into the southwest, is Grotto Gardens Farm just on the south end of Maple Creek. They offer a variety of daytime activities, but of course, that includes their berry picking fields.

Sadly, it's just a little late in the year for them, as co-owner of the farm, Dana Hassett explains how the hard weather this year combined with high demand has limited the season,

"It was a bit of a different season," began Hassett. " With our rainy spring, we thought we'd have more flowers, we just didn't have the sunshine."

While they did end up with fewer berries, the ones they did were lovely and enabled them to have quite a few folks out doing 'you-picks', as well as producing enough for them to harvest with their equipment three times.

"People were lined up getting them the day we were picking, so they went quickly," said Hassett.

While they might be done with berry picking this year, they also have farm tours, educational classes, and even goat yoga.

"Goat yoga, of course, is on Sunday's," said Hassett. "We've been doing that for a few years, so we have people book online."

Doing yoga while small, curious goats dart about and clamber around you makes the experience more akin to a scene from a movie than actual exercise, bringing a smile to almost everyone who gives it a try.

"We do alpaca walks every A.M. at 11:15," continued Hassett. "That again is good to pre-register so that we could be ready for people."

Even if you just want to head down and look at the luscious hanging baskets that are available. The drive is worth it as they have been handcrafted and designed by hands that know and care about the craft.

Both farms are happy to have folks come out during the summer to pick berries and tour their grounds. They are willing to accommodate any questions folks have about their available berries for picking or any other activities they offer. 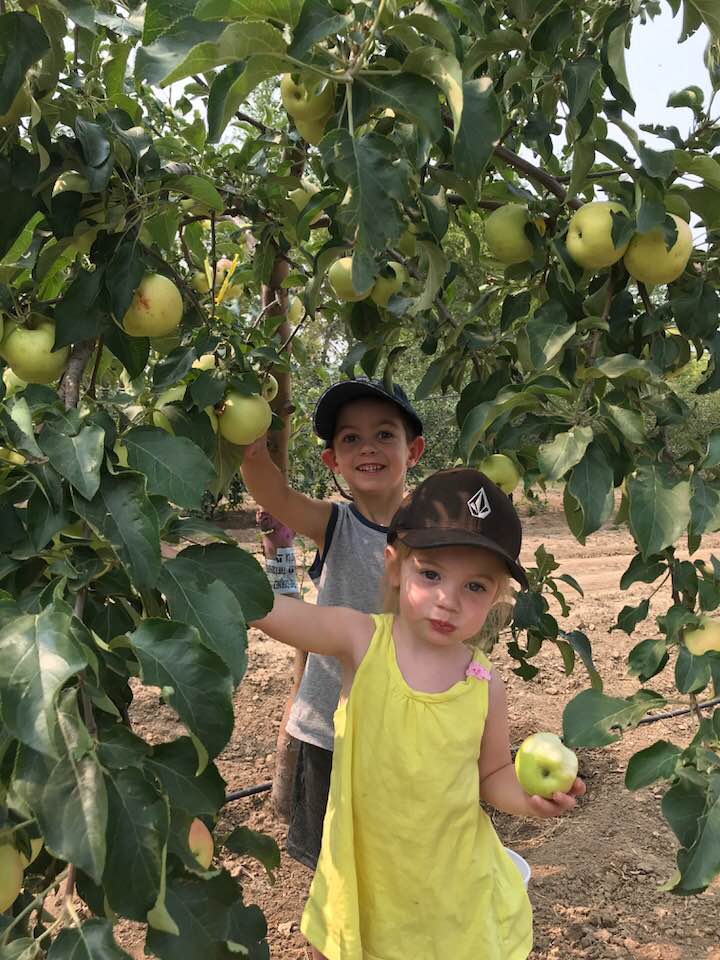 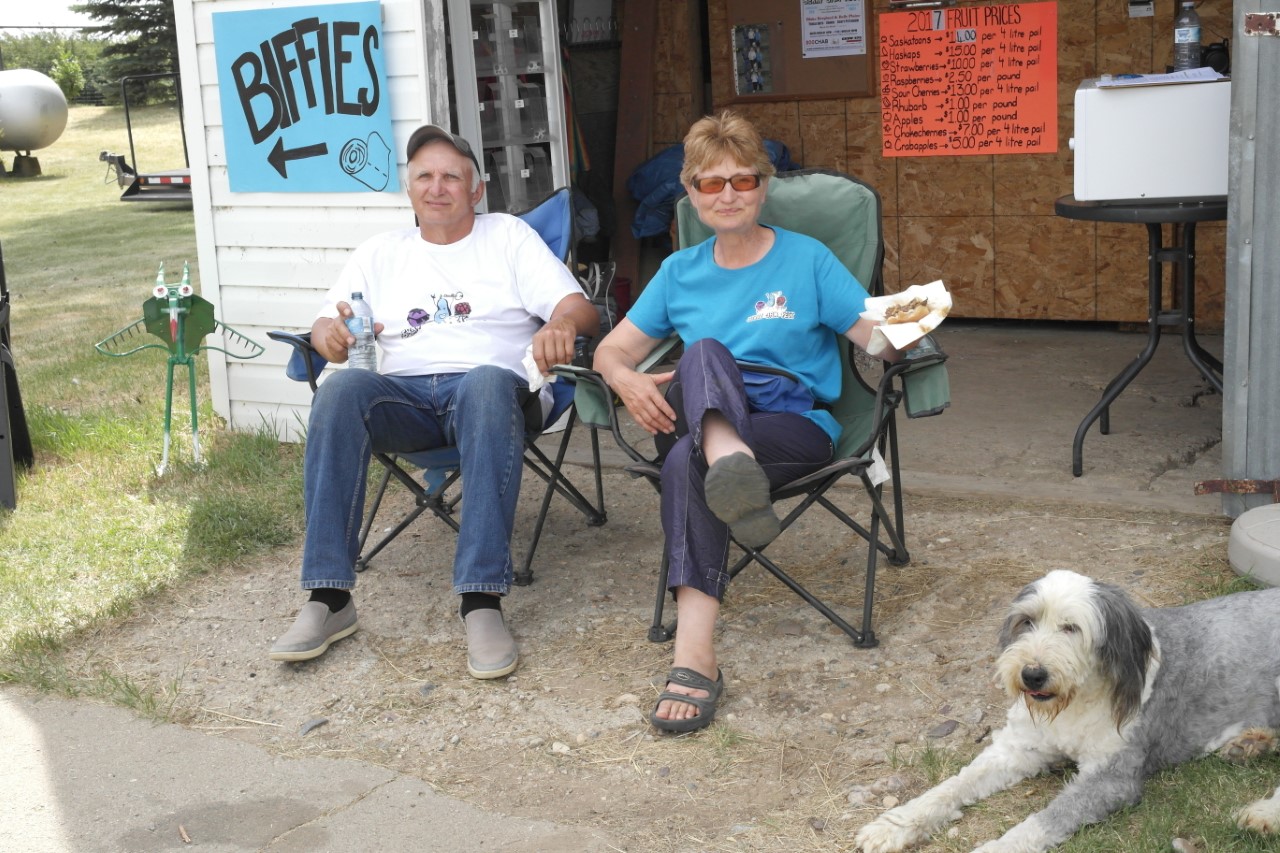 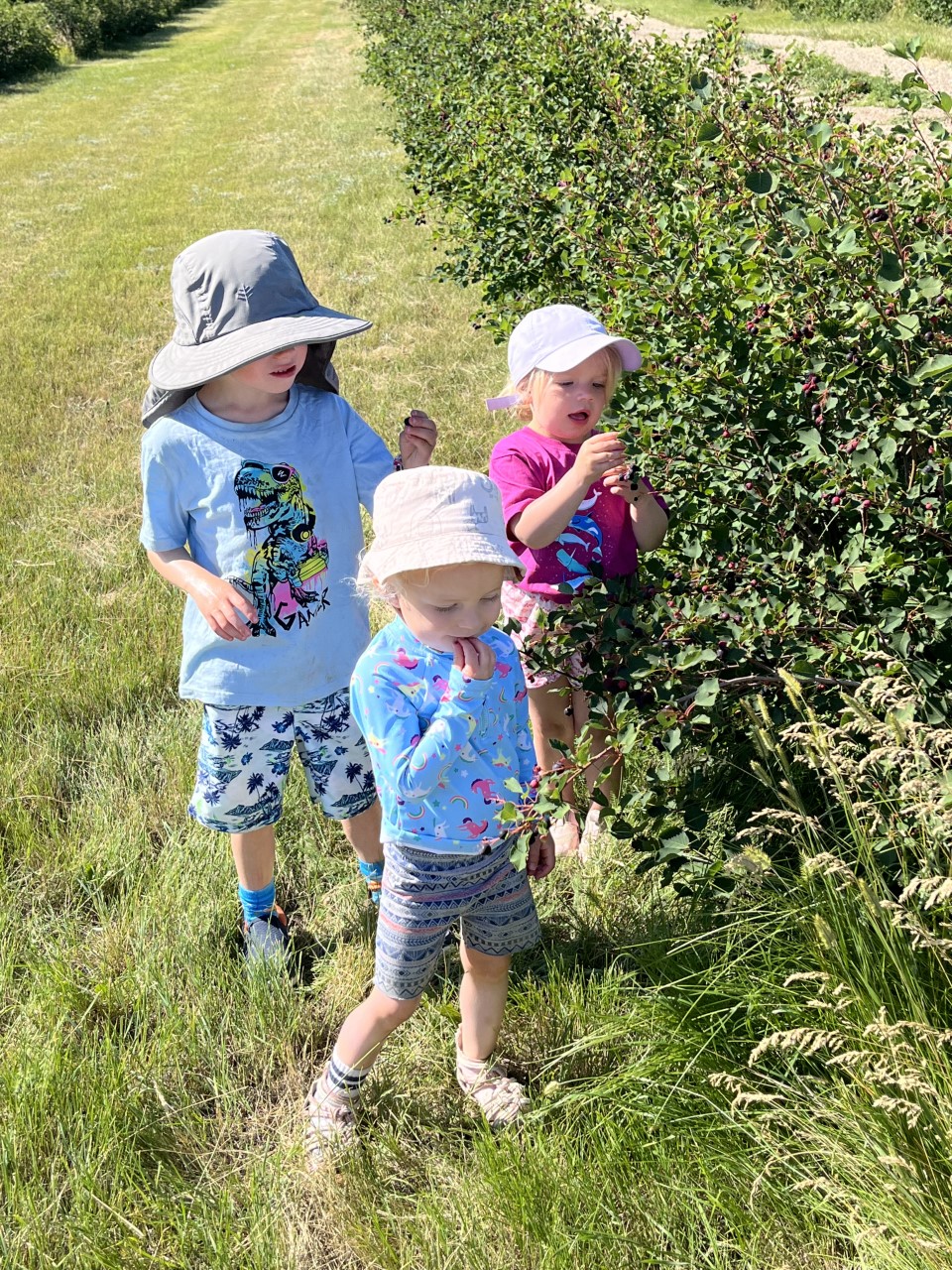 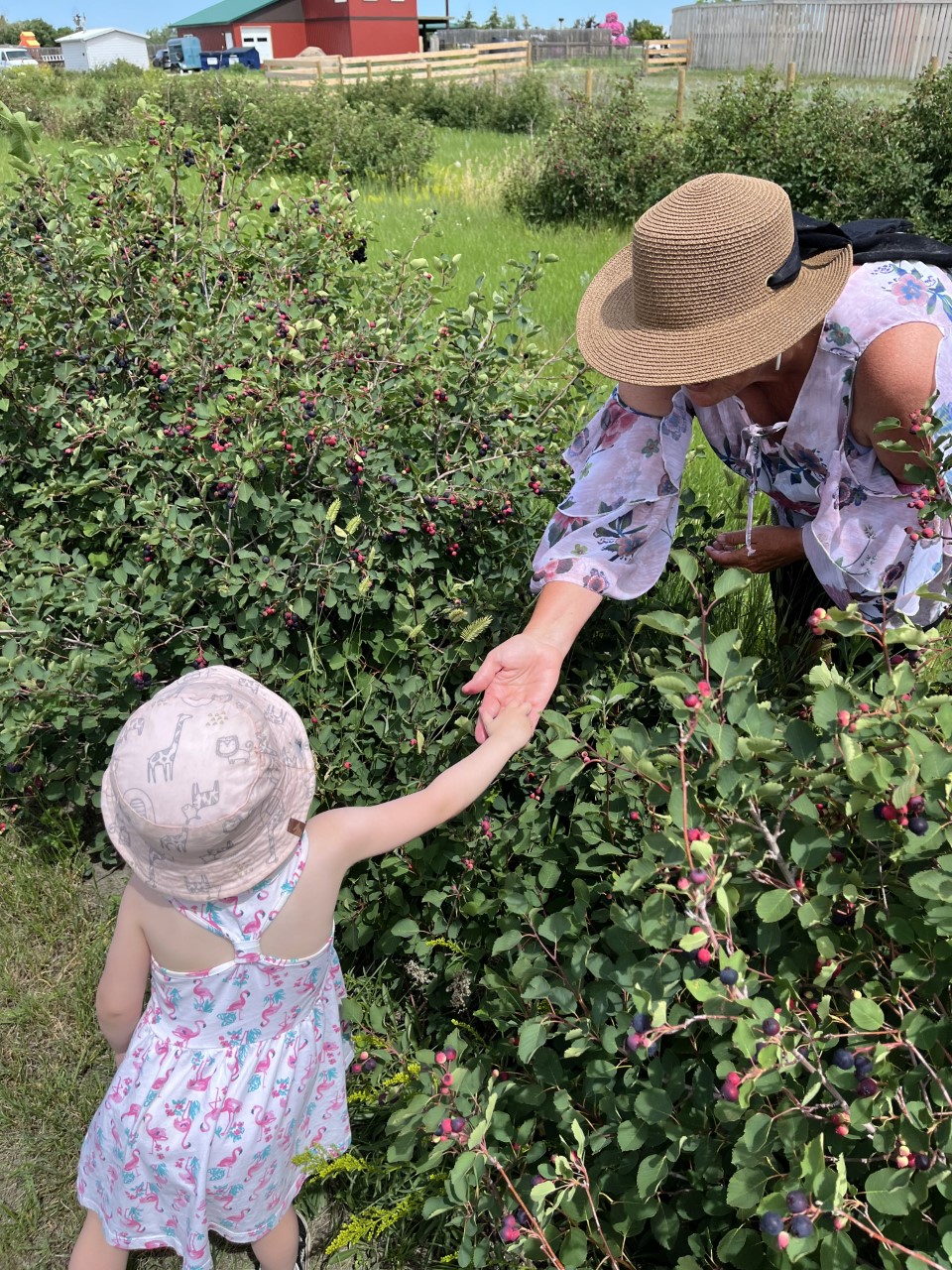 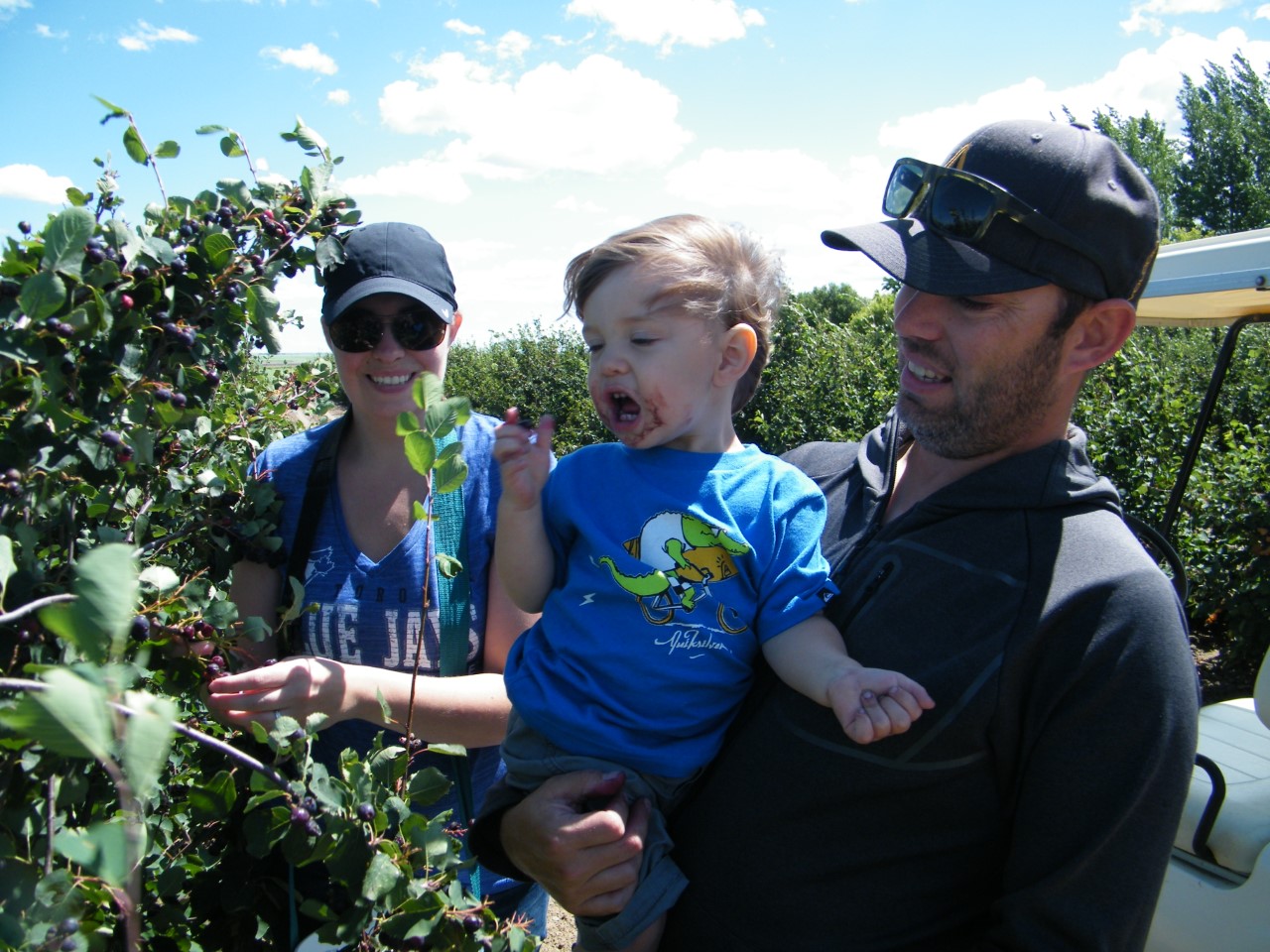