It was a historic day for the community of Assiniboia on Tuesday, as SaskPower, Potentia Renewables Inc., the mayor, and other dignitaries cut the ribbon on the province's largest wind turbine facility.

The Golden South Wind Project just south of the city, facilitates 50 wind turbines, and combined produces 200 megawatts of electricity back into SaskPower’s electrical grid, which is enough to power 100,000 homes.

The project itself has been in the works dating back to 2009, with the initial construction beginning back in 2019 for the 34,000-acre wind facility. Potentia took over operations of the facility back in March of 2022.

From start to finish, Assiniboia Mayor Sharon Schauenberg says this project is exactly what the community needed.

“In a time where things were unsure and we were uncertain, we had this injection of people to our community, which just has helped us thrive, and the excitement of seeing this project come to fruition.”

Construction of the turbines began in 2020 and 2021. Schauenberg notes she was fascinated by the size and length of the turbines, once truck after truck began rolling through town.

“I remember last year, driving out to the golf course and seeing the one turbine, and was like wow! I stopped my car and just got out and I had to look, and then all of a sudden, they started going up all over.”

Mayor Schauenberg concluded by saying this project has changed the community's landscape for the better and hopefully will become a tourist attraction for years to come.

Each turbine is connected by 75 kilometres of buried cables, are roughly 900 metres apart, and have a lifespan of around 30 years says Potentia. Following the lifespan, Potentia Senior Vice President of Growth, Ben Greenhouse says the turbines will be decommissioned and recycled.

“The towers would be recycled and reused. There is steel that can be reused. The blades are made of fiberglass, and there’s a lot of work going on to recycling them,” explains Greenhouse. “In 20 years, those would be recyclable as well.”

Greenhouse adds that the decommissioning process is simple and once taken down, only a small amount of concrete will be left in the ground.

Now that the turbines are operational and producing power, Potentia, who owns and operates the facility will then sell the electricity to SaskPower, and then distribute it to customers across the province. The two parties have entered into a Power Purchase Agreement over the next 25 years.

“It feeds into our grid and all of our generation sources in Saskatchewan feed into the grid and we use it equally and when we build our rates and charge customers, everyone benefits from the wind power,” says Troy King, SaskPower interim CEO.

King says that SaskPower has set a target for 2030 to reduce emissions by 50 per cent of 2005 levels, and their net-zero emissions goal is 2050.

“The biggest challenge we're going to have to hit net-zero is finding non-emitting baseload power. Wind and solar are great intermittent sources of power and great sources of energy, but they don’t provide you with consistent baseload power.”

With the addition of the $350 million Golden South Wind facility, the province is now producing 600 megawatts of renewable energy throughout the province.

According to SaskPower, one more wind facility and three solar plants are planned for the near future, including what will be the province’s largest solar facility located near Estevan. 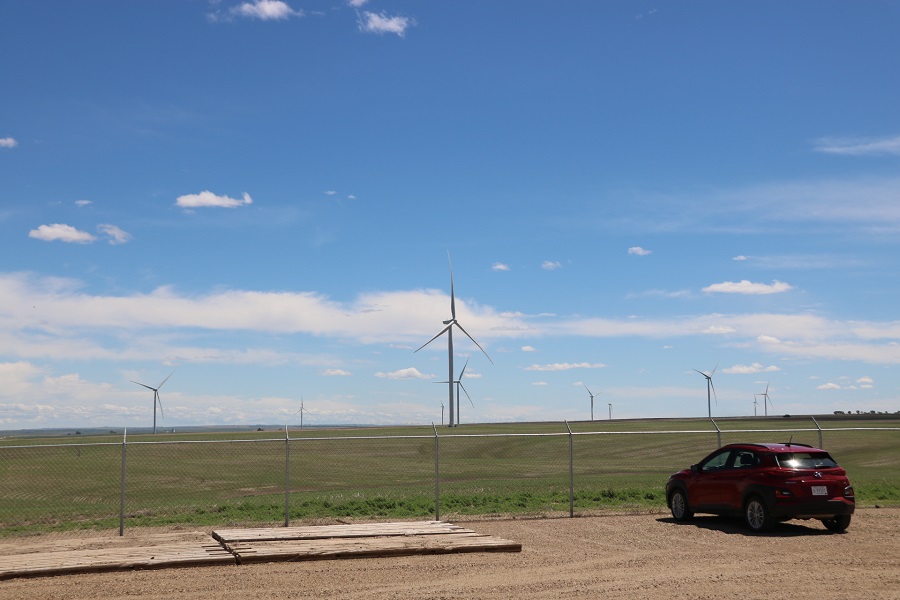 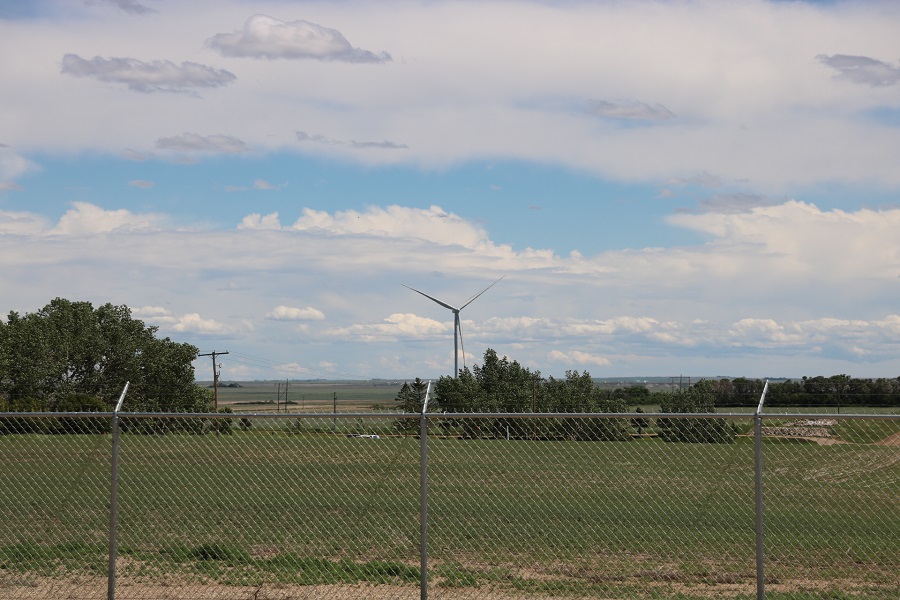 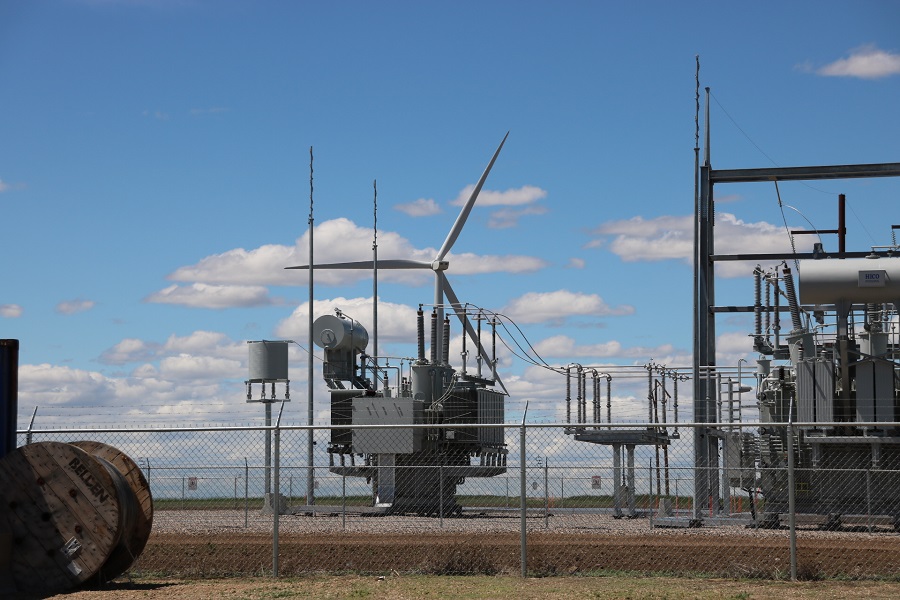 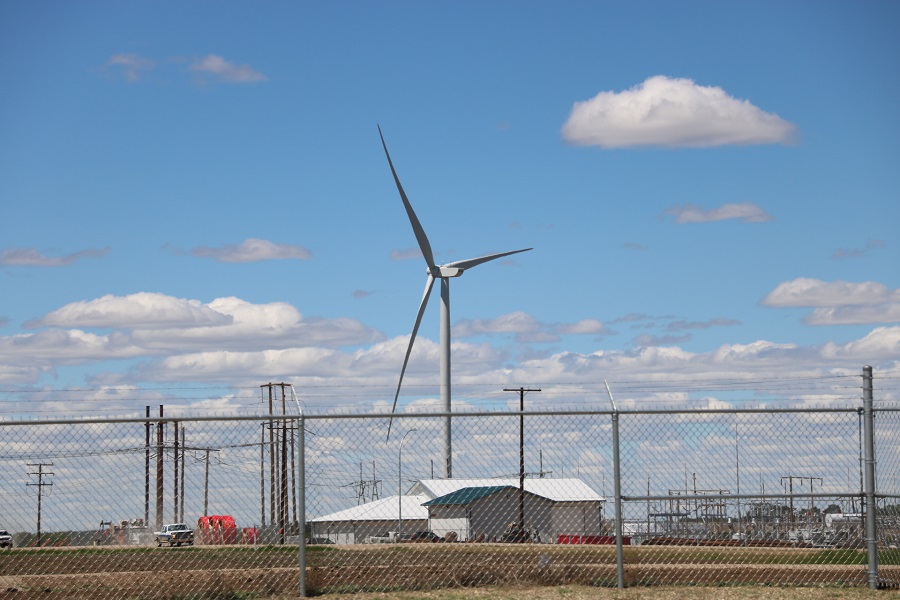 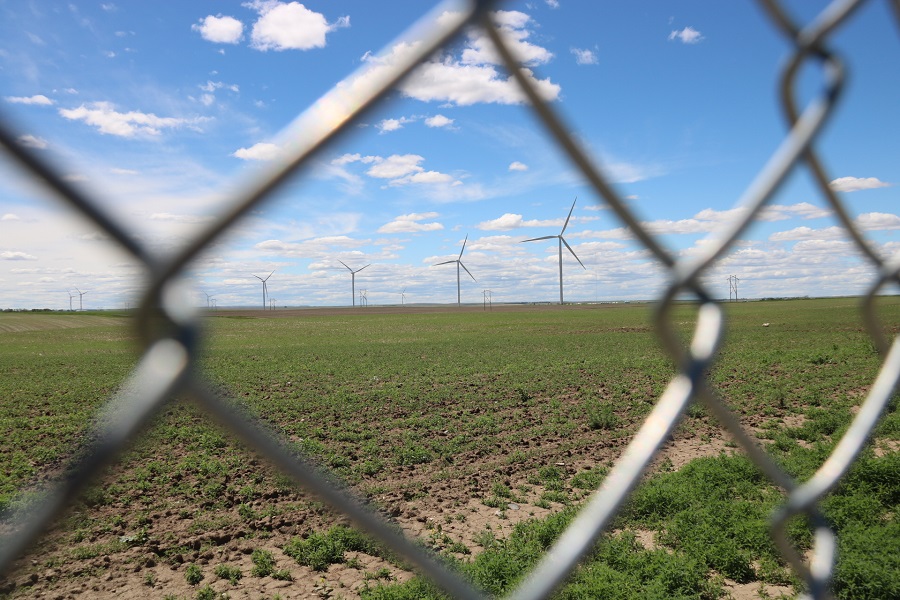 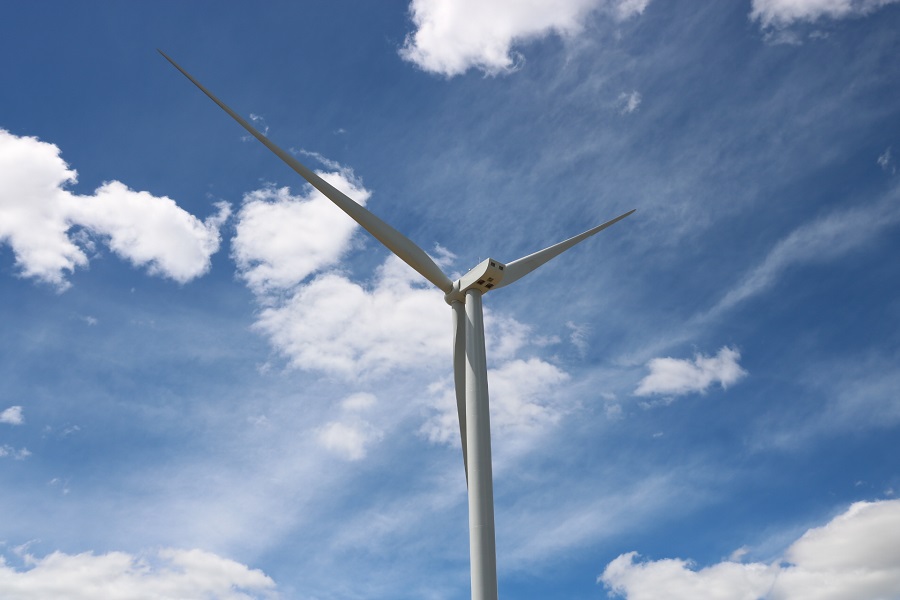 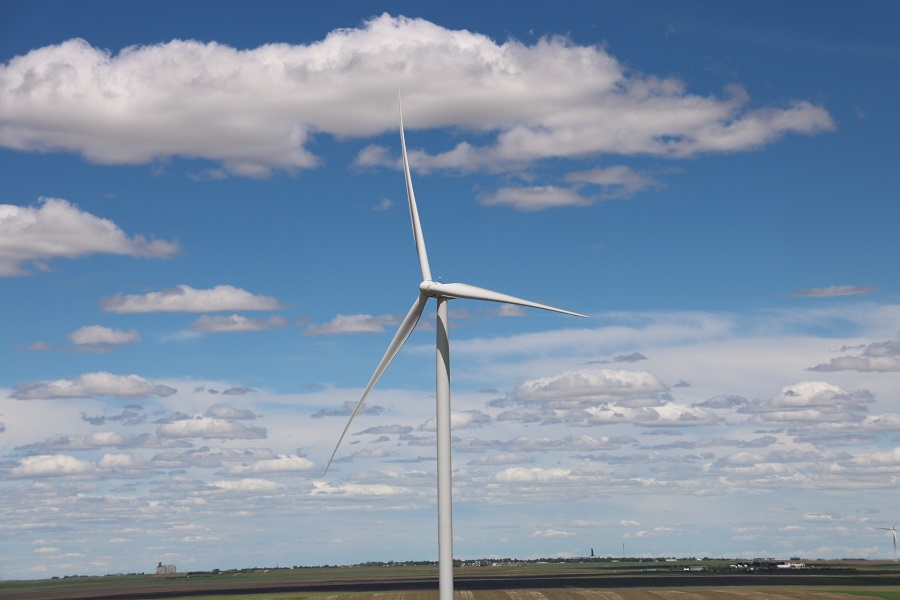 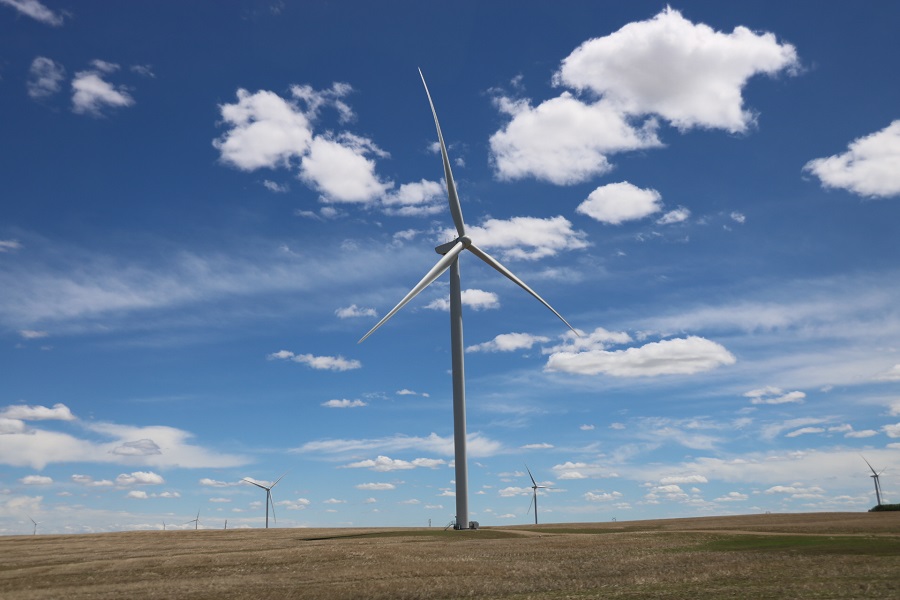