‘Dora’ the tank was an unsuspecting target for vandalism earlier this week.

The tank, that resides outside the Colonel Clifton Centre, was recently tagged with obscenities, a massive sign of disrespect to veterans in Swift Current according to Andy Keys, who helped initially restore the tank.

“I think there's a lot of kids, that nowadays don't know what veterans at that time went through, just to do what they did,” he stated. “The remembrance programs that schools do run are very good. However, in general, I think they just see something, want to voice their opinion, and just do not realize the harm and effect that it does put on people.”

It has now been six years since Keys assembled a team to restore the tank, stating that it took an extensive amount of work.

“We had to pressure wash it, we scrubbed it down with wire brushes because paint was peeling,” he explained. “We found out the correct paint codes for it, the City supplied the paint at that time. We went ahead, and pressure washed the whole of the area around it, cleaned up all the weeds and put it back to its original show condition with the red wheel nuts and the call sign on the side.

The tank, ‘Dora,’ was never used in active service and was given by the Americans on a lend-lease program shortly before the end of the war.

It became a monument and was received into Swift Current by Colonel Clifton in the late ’70s/ early ’80s.

Keys has plans to assemble a team to repair the damage as early as next week.

If caught, the individual responsible could face charges of Mischief under $5000, or Mischief over $5000, depending on the extent of the damage.

Paint to repair the tank is being donated by the Pioneer Co-op. 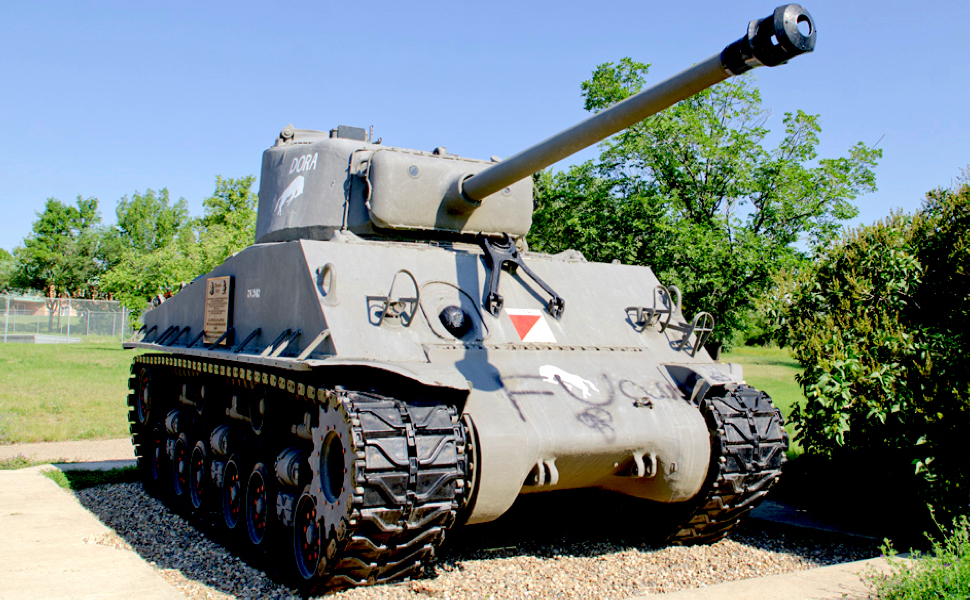 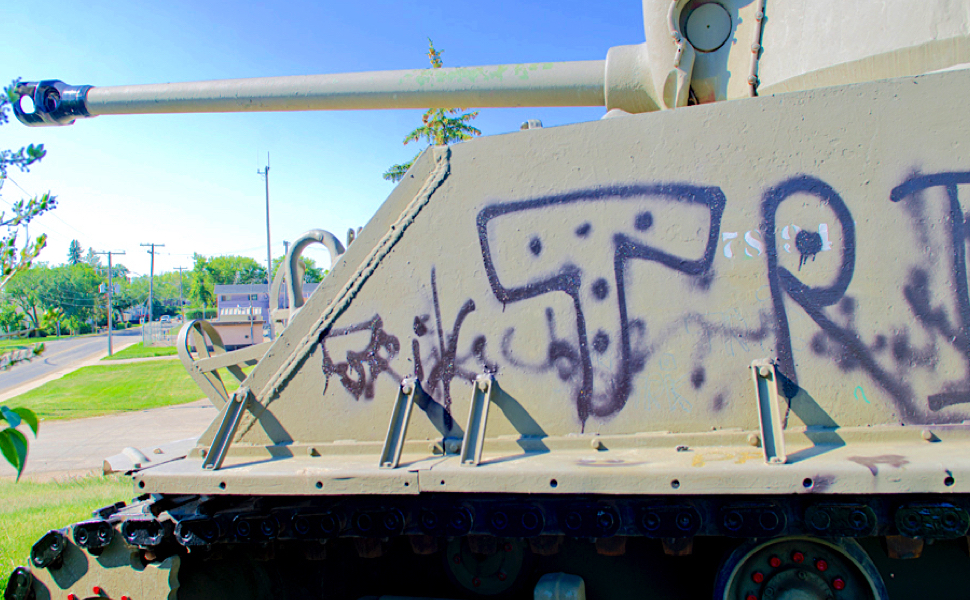