The Adventure Wranglers made their way back to Swift Current this week with various reptiles and endless knowledge.

Wrangler Elisa is the owner and operator of the group and said that the main focus of their organization is conservation through education.

“Every animal has a purpose and deserves to have a long, healthy, and happy life whether, that be in captivity or in the wild,” Elisa expressed.

She added that teaching youth about the different kinds of animals they might encounter in nature is crucial for building a foundation of respect for the natural world.

The Adventure Wranglers operated as an animal rescue in Saskatchewan for nearly 10 years but had to re-adjust when laws changed, requiring them to have a Canadian Association of Zoos and Aquariums (CAZA) certification.

“We’ve been trying to create a big presence still, letting people know that every animal deserves to have a chance.”

Yesterday’s show featured six reptilians and the crowd was full of eager families.

The show was initially planned to be held outside in partnership with Families in the Park but was moved to the Lt. Colonel Clifton Centre due to it being a rainy morning.

Wrangler Elisa started off the program by introducing each reptile and sharing facts about its species.

Each child, and their parents, got a chance to pet the animals and feel the differences between a smooth snake body, bumpy scales on a lizard, and the rough shell of a tortoise.

The day ended with picture taking and of course hand-washing.

Before hitting the road for their next event, Elisa stated that the Adventure Wranglers are in the midst of signing up for Swift Current’s exhibition next year with their dinosaur and reptile show. 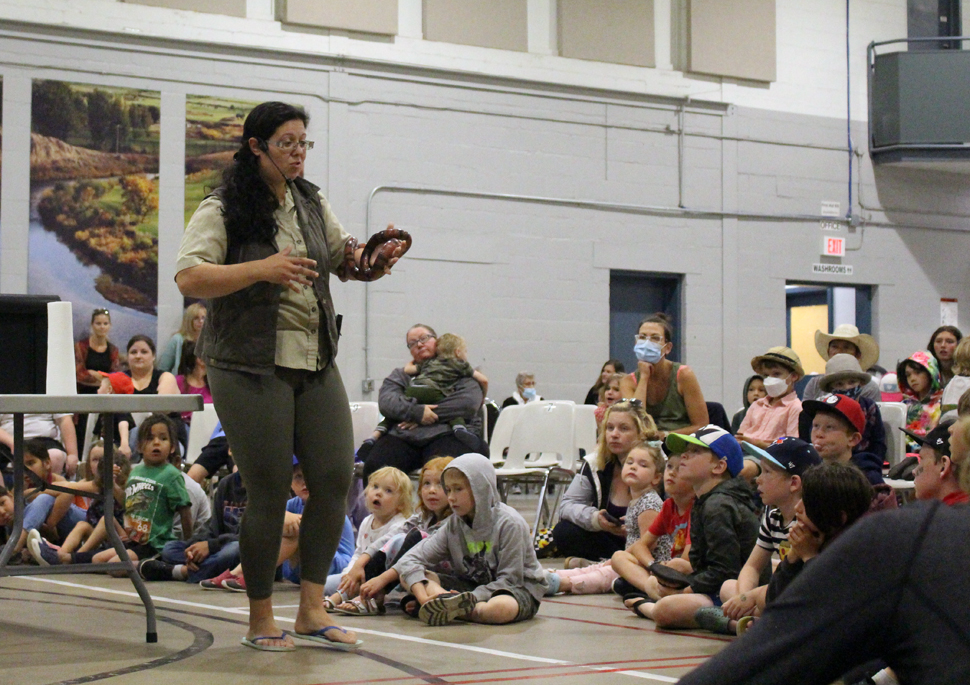 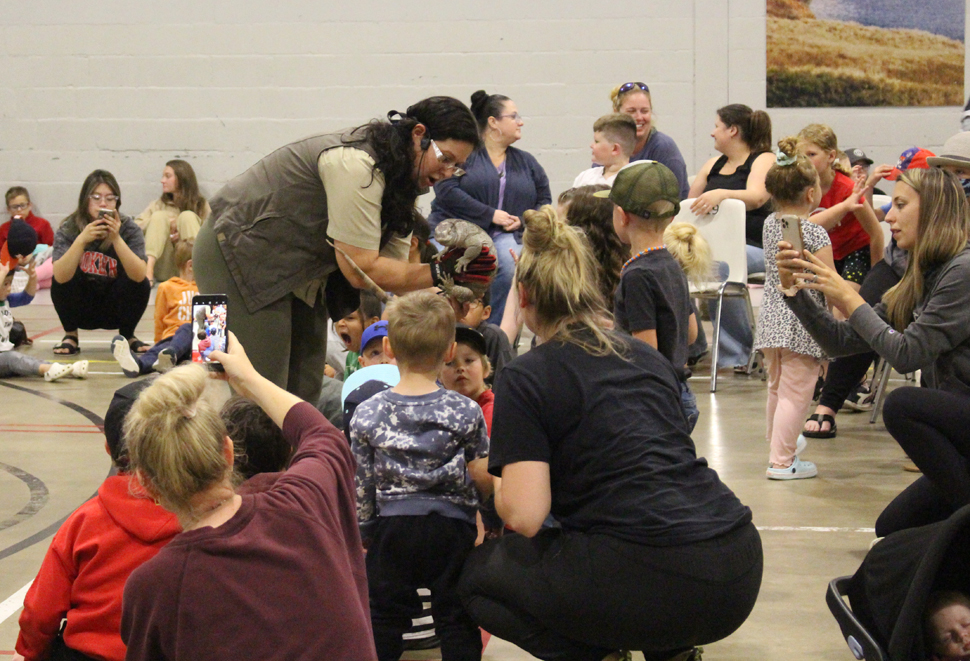 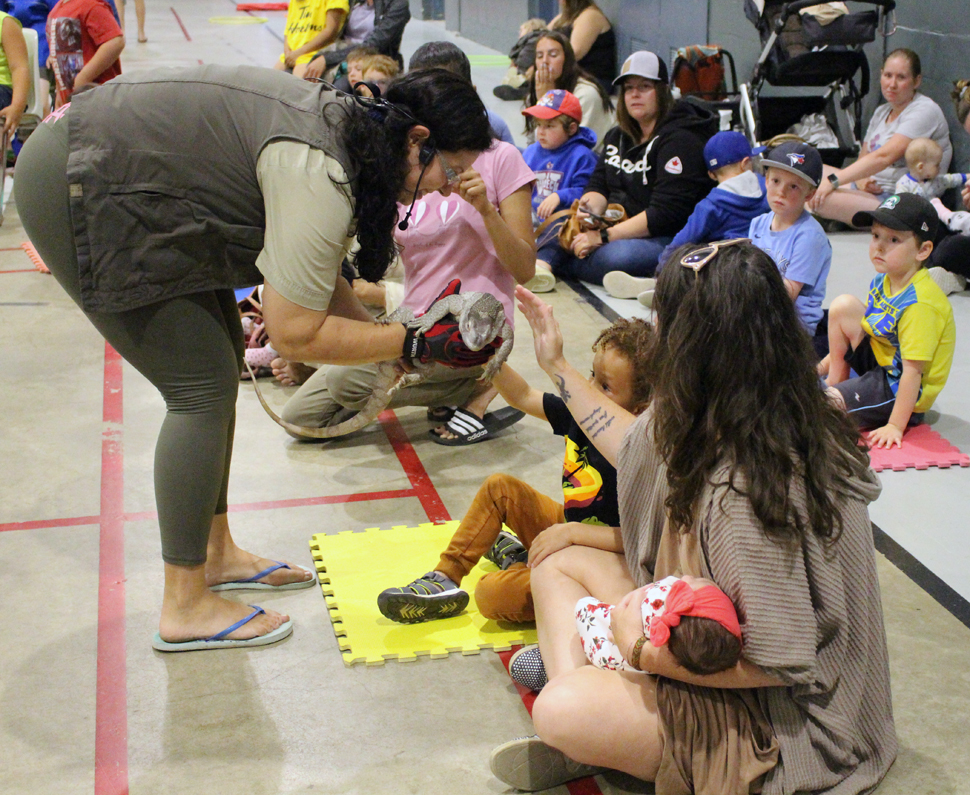 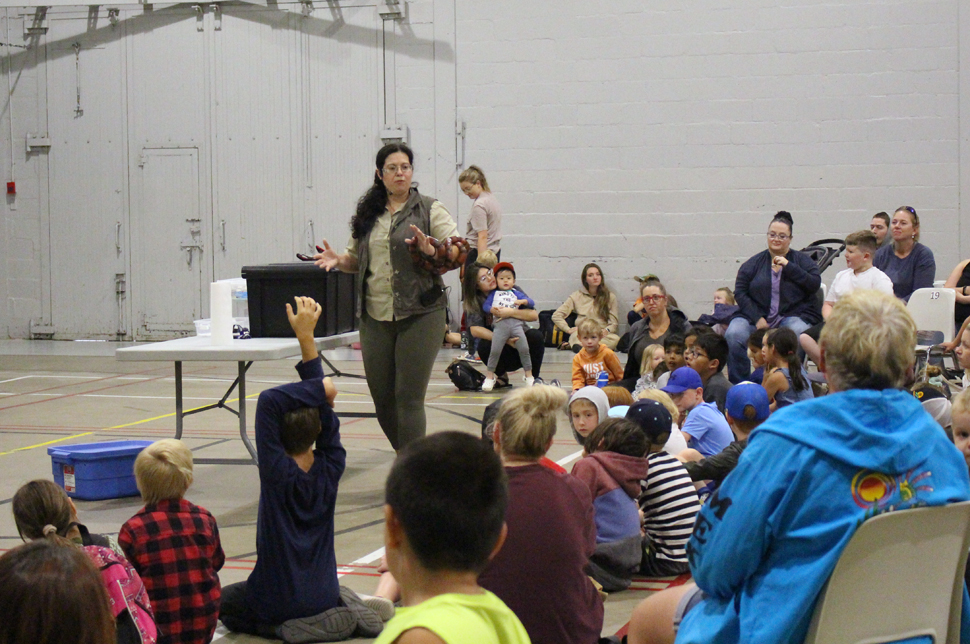