Ducks were launched, nets were cast, and funds were raised at the 2022 Duck Derby.

The Duck Derby had its 32-run in Swift Current on Saturday.

The derby helps to raise money for the Southwest Crisis Services Centre (SWCS) in Swift Current. Some of the money raised is provided by sponsors, but the majority of it comes from the rubber duckies themselves.

Money raised by the bath toys comes from people buying a ticket. This year, ticket sales brought in more than $25,000. That ticket has a number that corresponds to a number on one of the ducks. The ducks are all released into the river together at the event and race down the stream in Riverside Park, and the first four that reach the blue bridge finish line are declared the winners.

Becky Walker, executive director for SWCS, had a great time at the event with everyone else.

"We had actually a great turnout," said Walker. "We're super proud of the awareness that we were able to generate throughout this whole process, getting to meet people throughout the community, raise awareness to our cause and hopefully make our community safer."

Those whose ducks managed to beat the rest of the flock are awarded prize packages. This year's prize package categories included car care, self-care, barbeque, and dining.

But it wasn't just the SWCS down by the water for the day.

"We've got tons of duck wranglers and people helping out to collect all the ducks," noted Walker.

Helping out at the event was a host of volunteers from a host of other organizations in Swift Current. There were folks from the Kiwanis Club of Swift Current, and the Swift Current Scouts troupe had a stand offering hotdogs and other snacks and refreshments. The RM of Swift Current Fire Department had some volunteers bring down a fire truck, and were responsible for dropping all the duckies into the water together via a crane drop. There was also at least one individual volunteering his time from the RCMP.

Plenty of families were out and about, even as the day bore down with an oppressive 36 C heat wave. Children quickly took to the water to help the ducks along their way, after the winners had bobbed over the finish line. Thousand of little yellow birds were safely collected in nets and by hand after the race, leaving the stream none the worse for wear.

At this time, the total raised by the event has yet to be tallied, though the 2,540 ticket sales alone have set a new record for SWCS, and marked a great return post-pandemic. 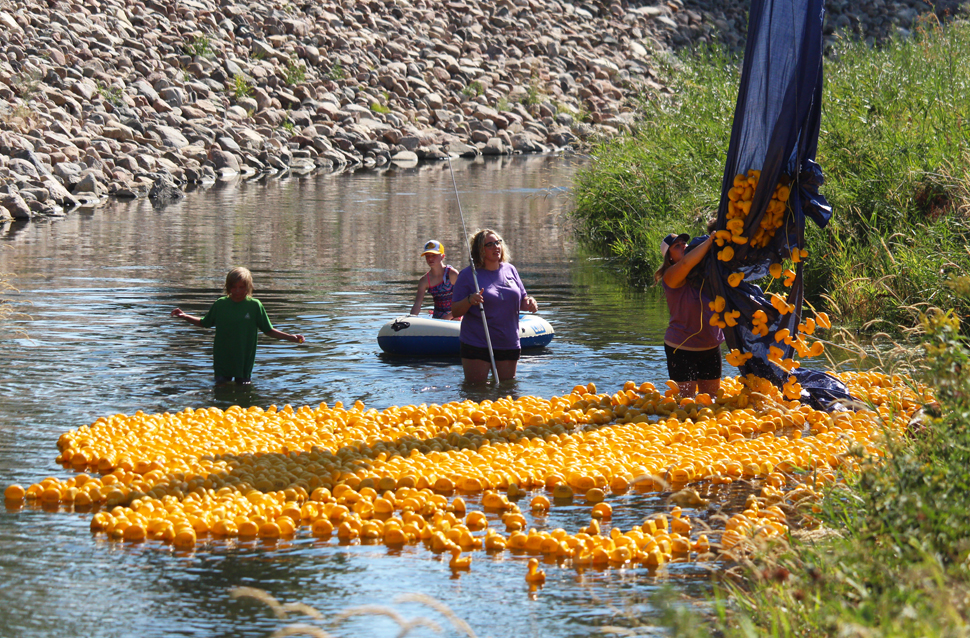 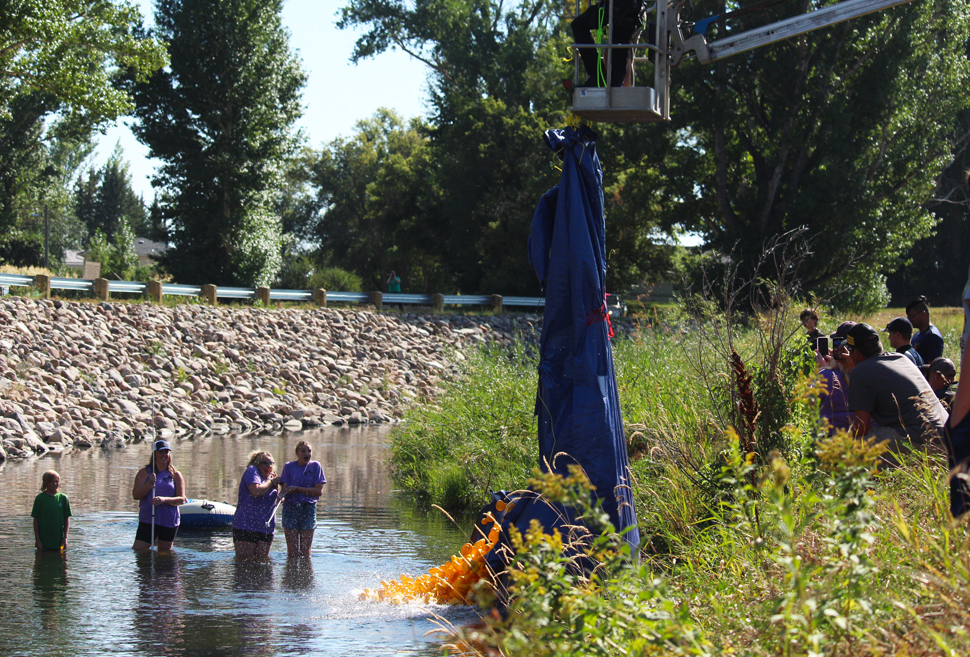 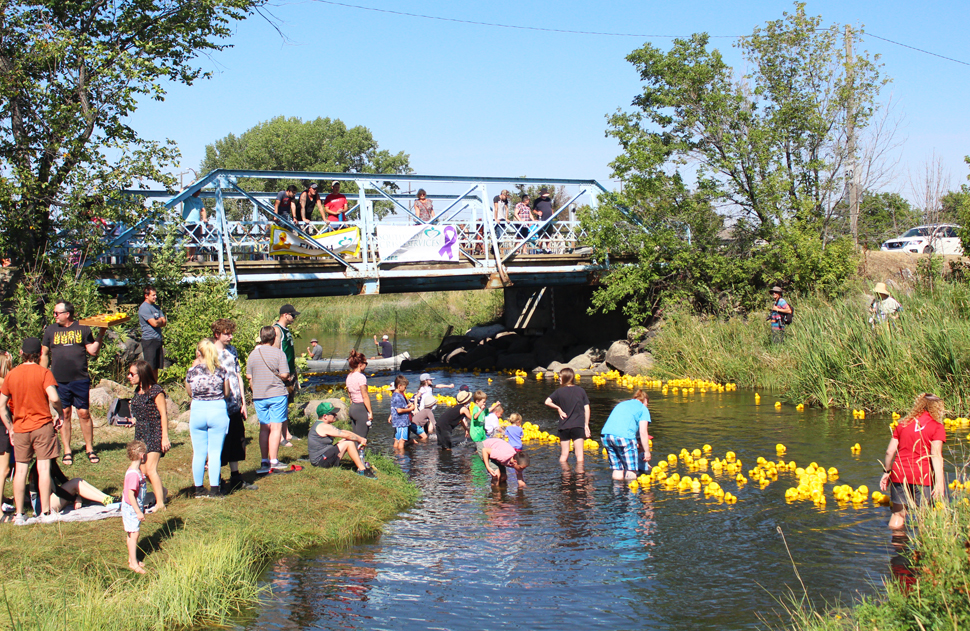 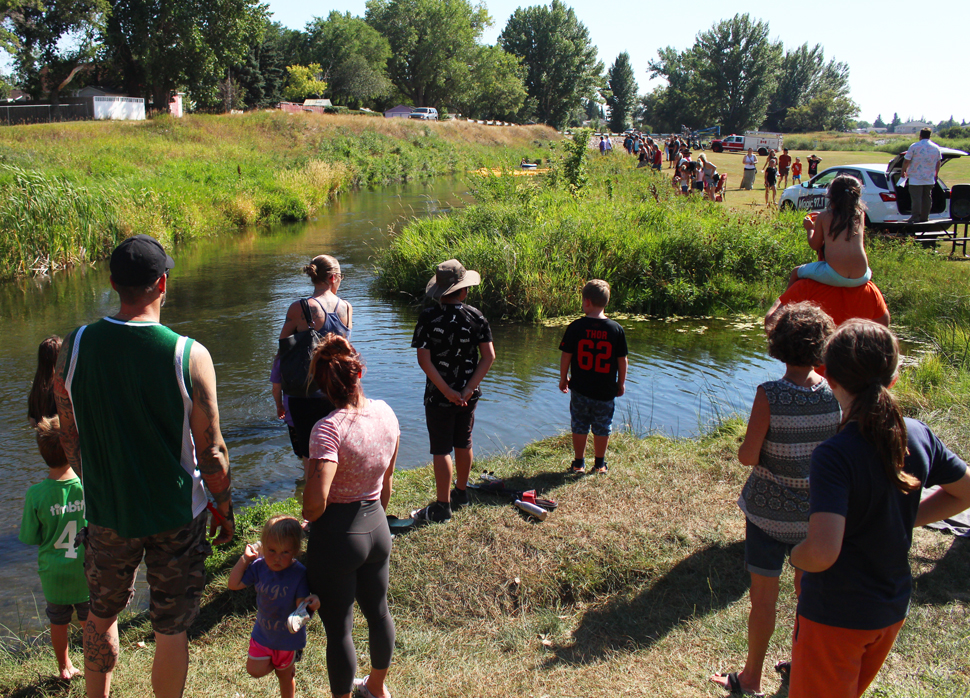 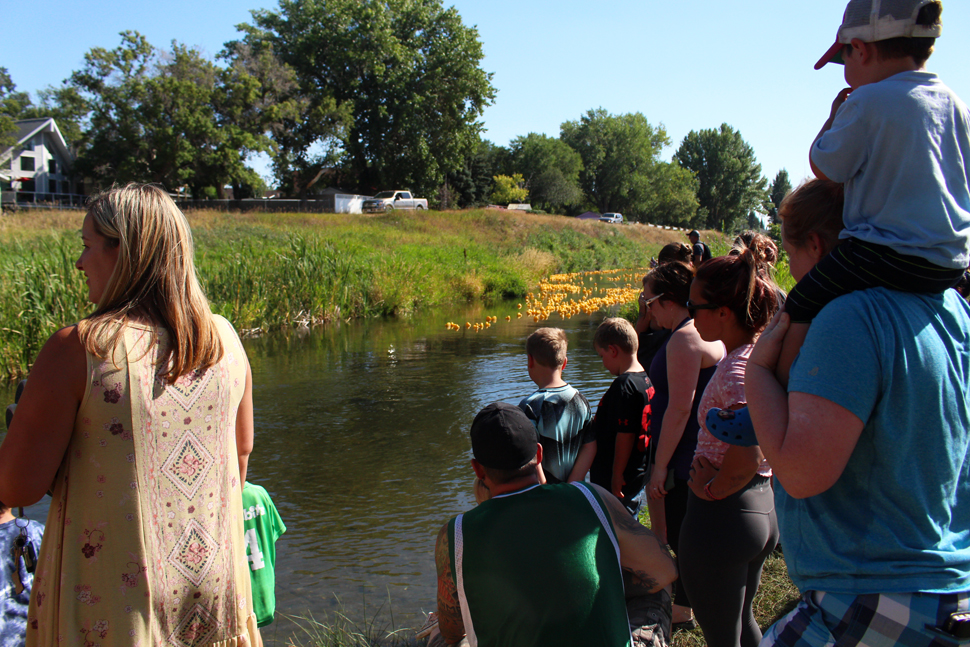