A miniature marching band, a parade of small costumes and bikes, and a host of onlookers were all present at the 2022 Kiddies Day Parade in downtown Swift Current.

Kids from various schools around Swift Current were able to come together and march around downtown, starting at Memorial Park, proceeding down Central Avenue North, around the corner and back up Second Avenue North East, returning to the park.

Helping to organize the dozens of tiny marchers was Maddy McCleary, a coordinator for families in the park. She worked together with members of the Swift Current Agricultural and Exhibition Association to set up a few different categories for parents to enter their kids into for this year's parade.

Of course, the highlight was the children in attendance. Being lead by a marching band made up of local students, most kids were ecstatic to be involved in something so big. They were dressed in costumes, ranging from themed family sets, pairs of friends, to just being decked out in cool get-ups. Some rode bikes, most walked, a few had small battery-powered carts, and a few were pulled by mom and dad in wagons.

Everyone was encouraged to through candy to the people in the crowds, who often could be seen catching, grabbing, and scooping up the sugary treats. With more than enough to go around, there was hardly a smile missed along the sidelines.

Speaking on behalf of the gathered youth was three young girls who were in full costume each. Brynn Ruetz was dressed as a princess, and Bryar Gensorek and Selah Lake were both dressed as veterinarians.

When asked why they were both dressed as vets, Gensorek and Lake had a whole story behind their synced-up attires.

As it turns out, both girls had wanted to go dressed as kitty cats, but there was only one cat costume. Instead of one feeling left out, they decided to both go as something else.

"Because we both didn't have cat costumes, but we both had veterinarian costumes," summarized Gensorek.

The girls walked together in the parade, where they confirmed they had plans to do more than show off their very well-made costumes.

"We're going to hand out candy," exclaimed an excited Lake.

While those girls were very excited about their plans, Ruetz was just going with the flow and enjoying being together with her friend who was also in full princess garb.

She reckoned she may decide to bestow her royal presence at Kinetic Park later on if the festivities there tickled her fancy.

"We might be, I'm not quite sure," Ruetz mused. "I don't even know what Frontier Days means."

After a brief overview of what was going to be going on during Frontier Days, she agreed that it did sound like a lot of fun, and would like to check out everything happening.

When complimented on her costume, she was quick to send praise where it was due.

"This is mostly my friends, Noah, their costume," beamed Ruetz.

And that was a lot of the same for many kids there. Sharing the day with their close friends, walking together with them and their families. For many of these kids, like Ruetz, it was their first time doing anything like this, as well as their first time enjoying the Frontier Days experience.

The event featured many other partnered groups that featured in the march. The Swift Current Fire Department was in attendance, driving a buggy with the crowd, and the RCMP were in one of their signature white and striped pickup trucks.

"Along with the Ag & Ex, the City of Swift Current," listed McCleary. "And our major sponsor, SaskTel."

There was a wide variety of mascots in attendance, including the Swift Current Broncos' ever-popular Charlie Horse. Though he may have been out-shined in the equine department by the donkey that was toting around baskets of flowers to the delight of many smiling children. And perhaps the biggest shoe in the ring belonged to Frontier Days Ambassador, Ashlee Waldner's horse that she was riding in the parade.

After everyone made their way back to the park, hot dogs and drinks were handed out amongst the crowd. 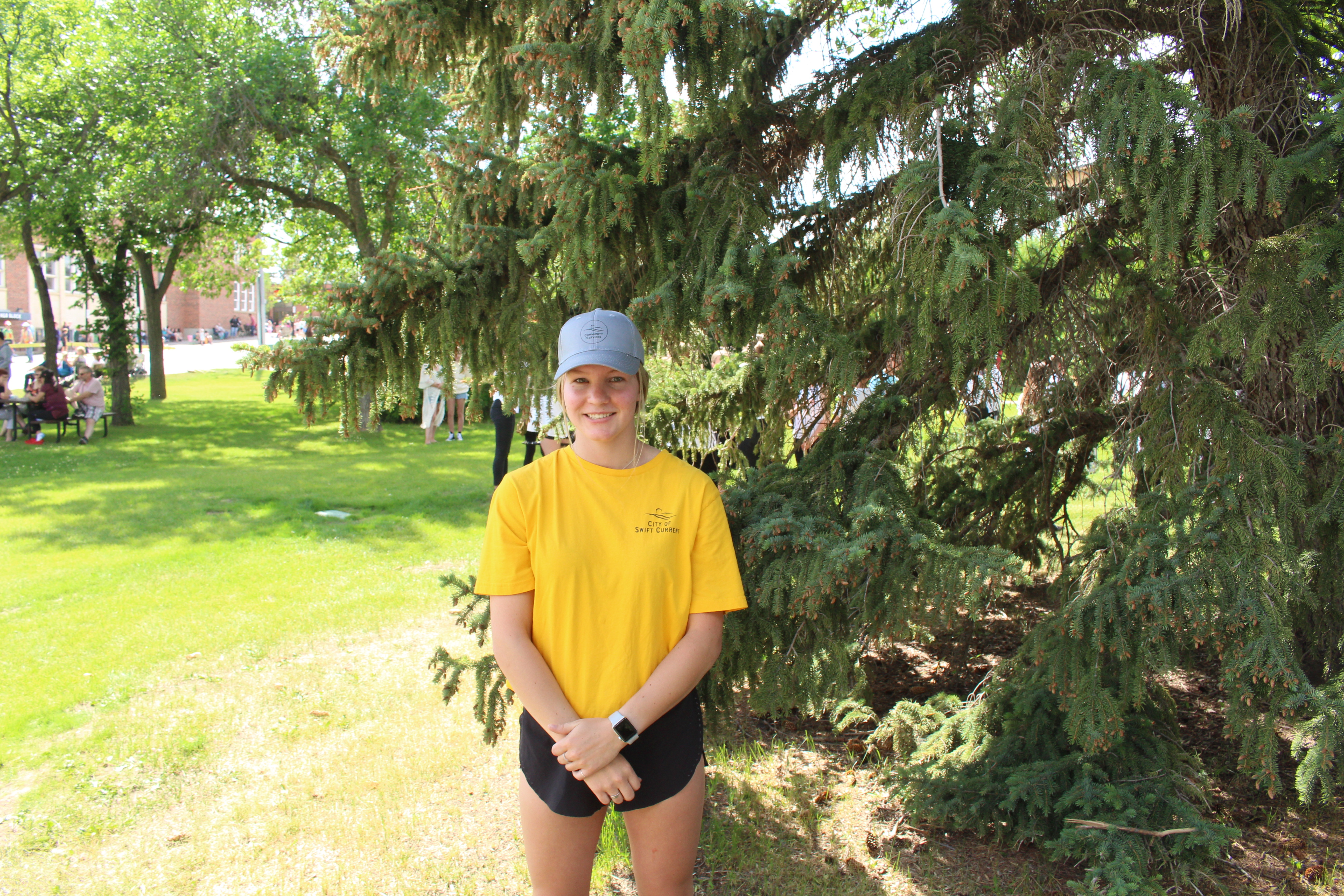 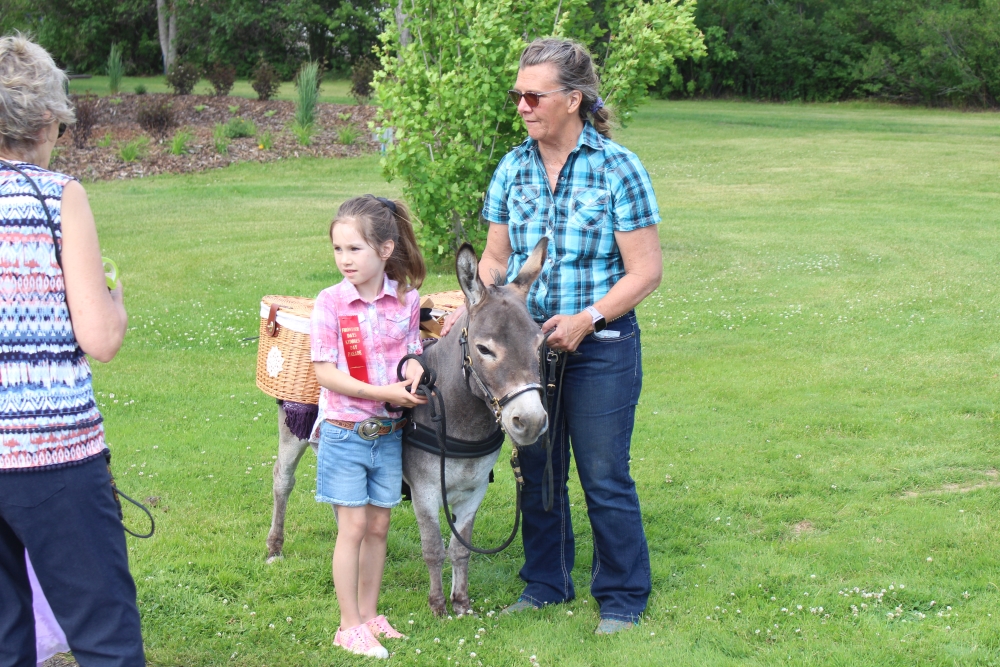 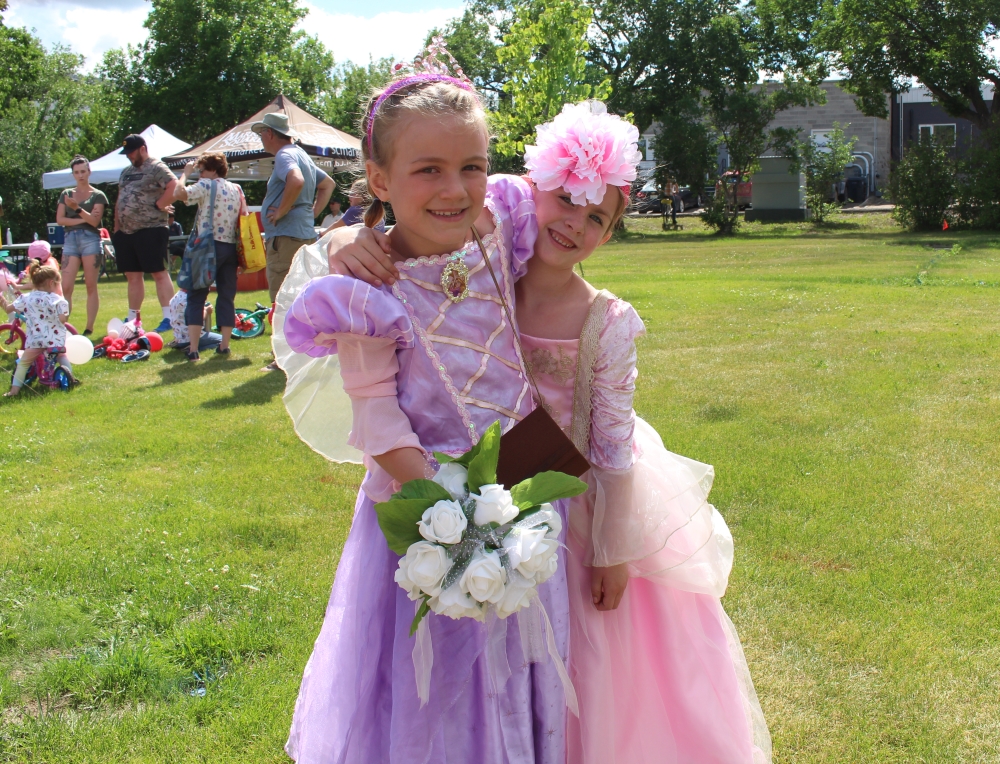 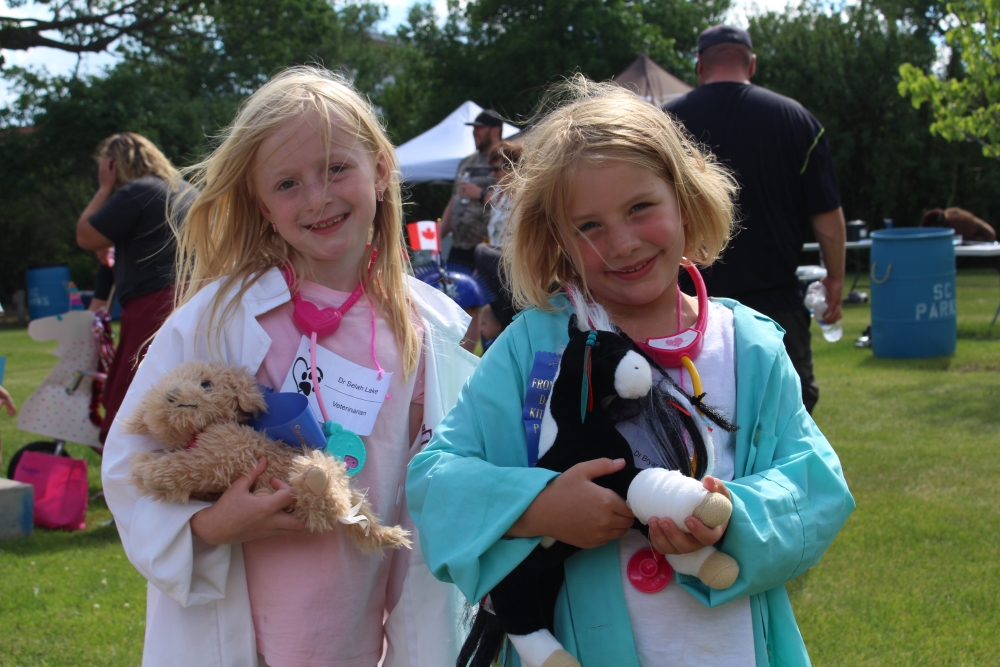 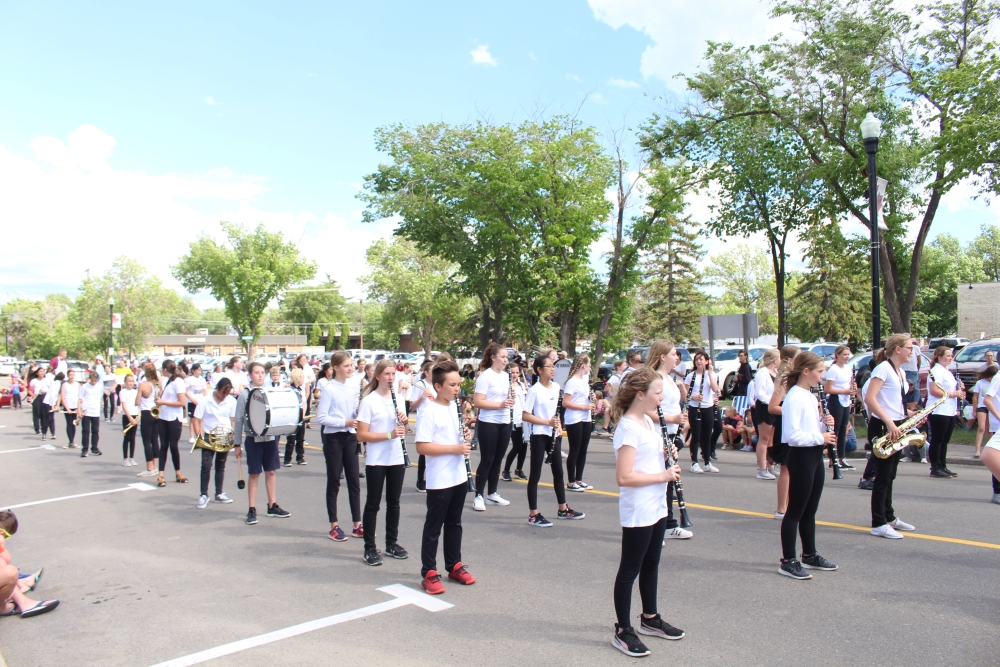 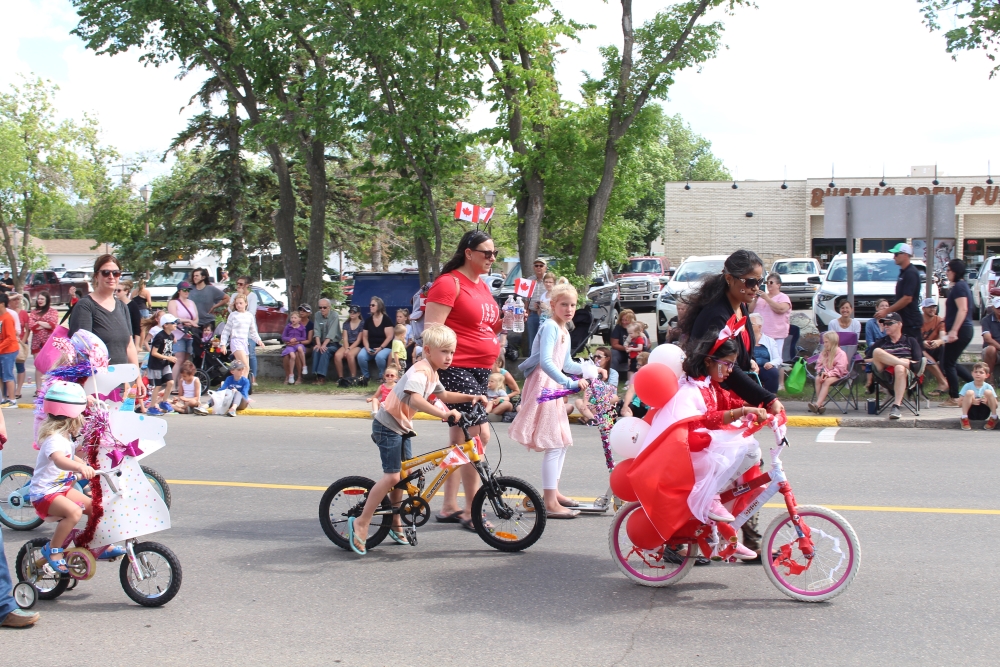 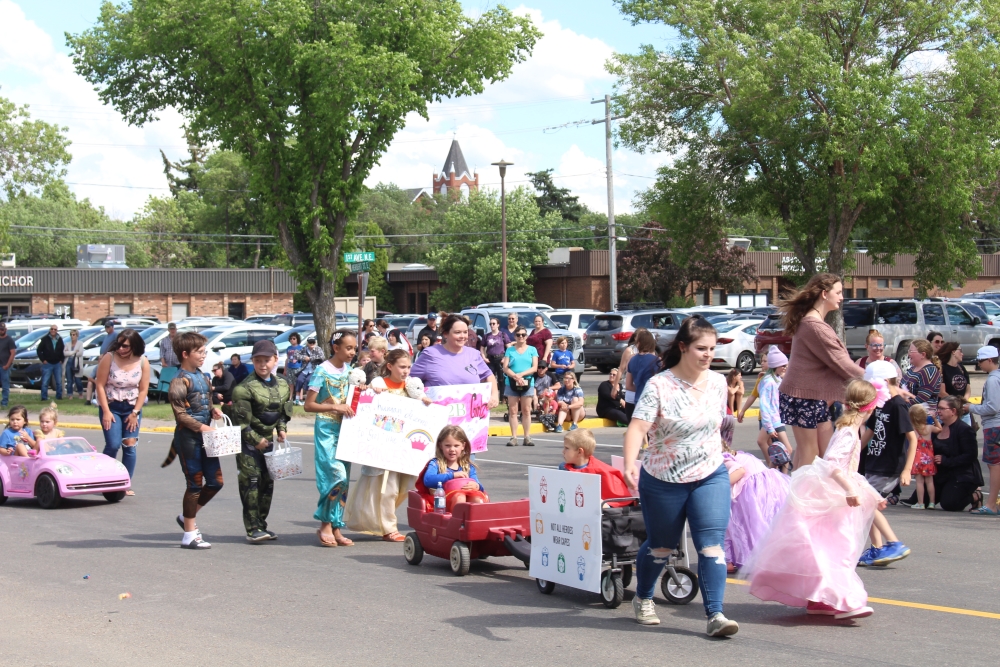 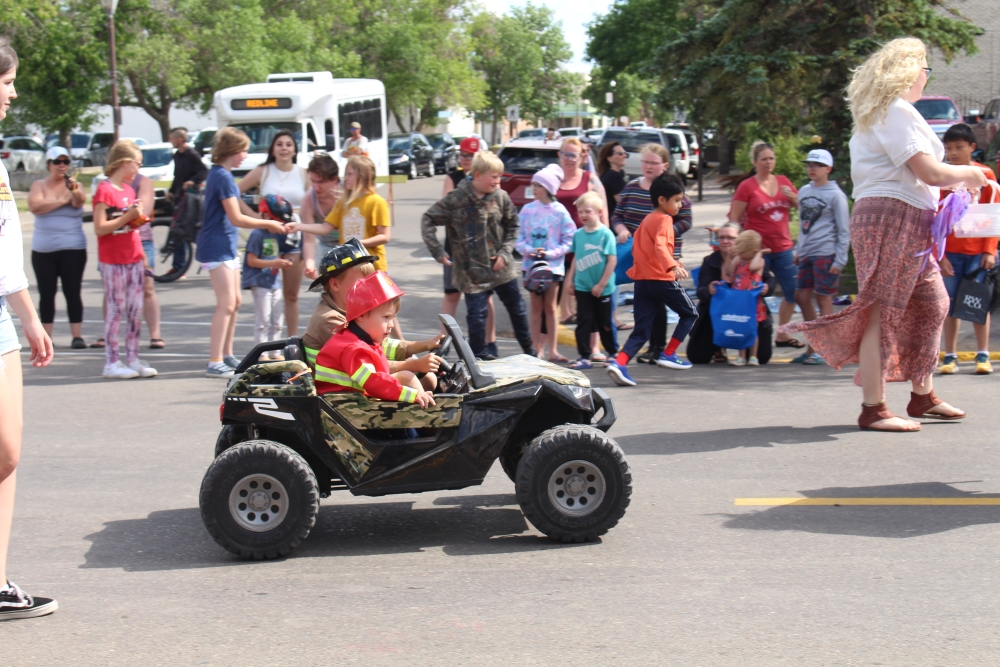 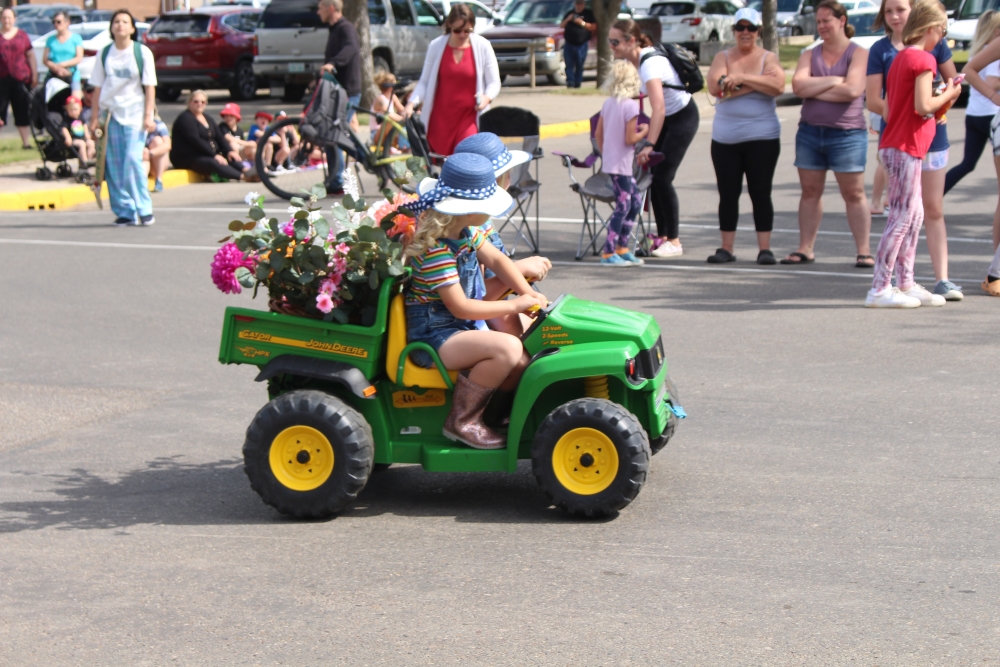 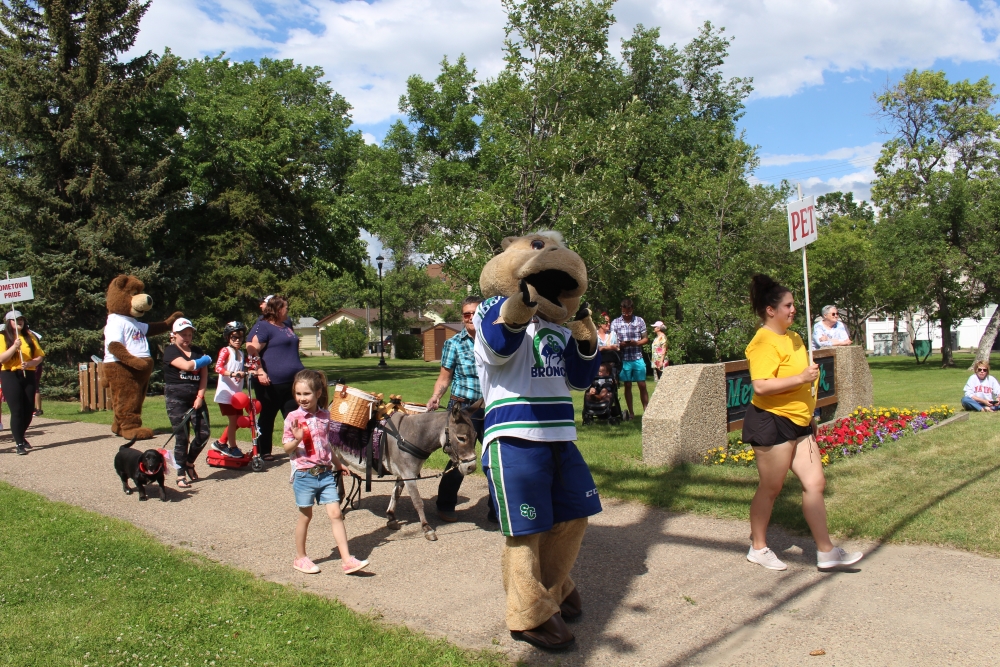 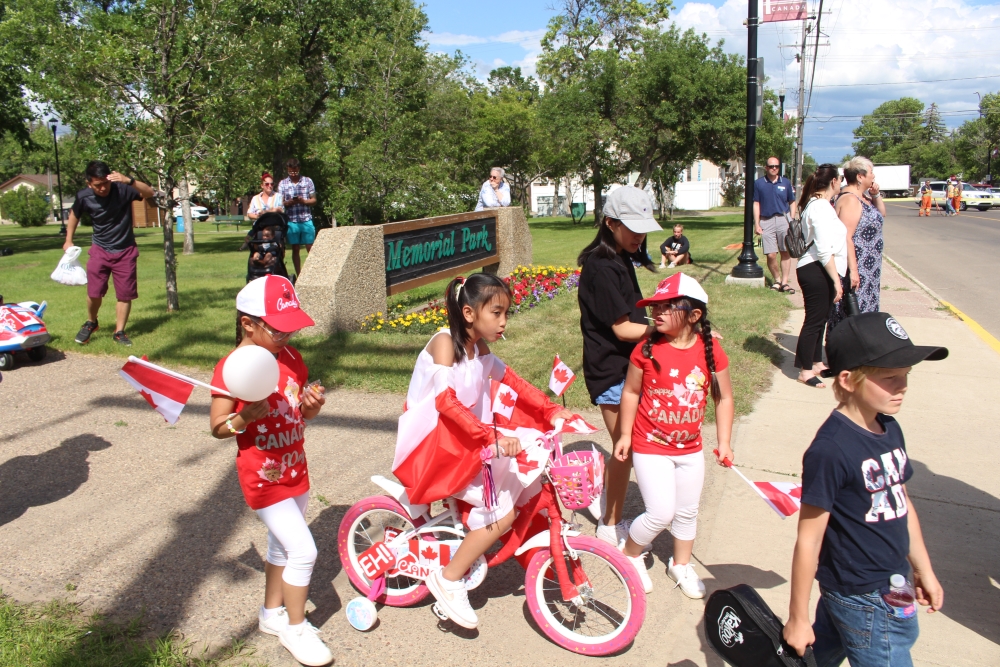 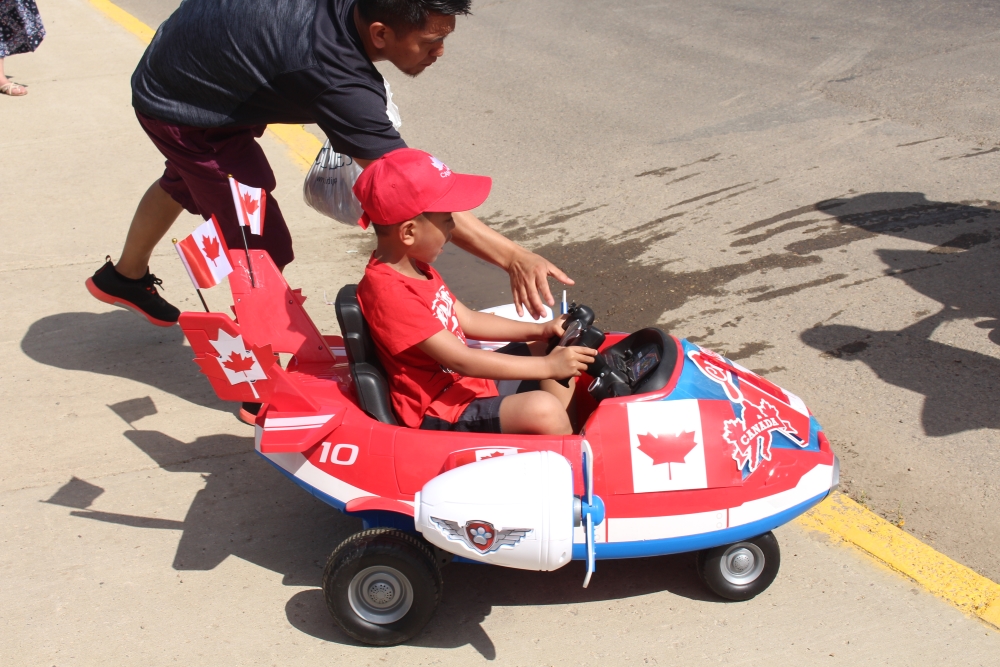 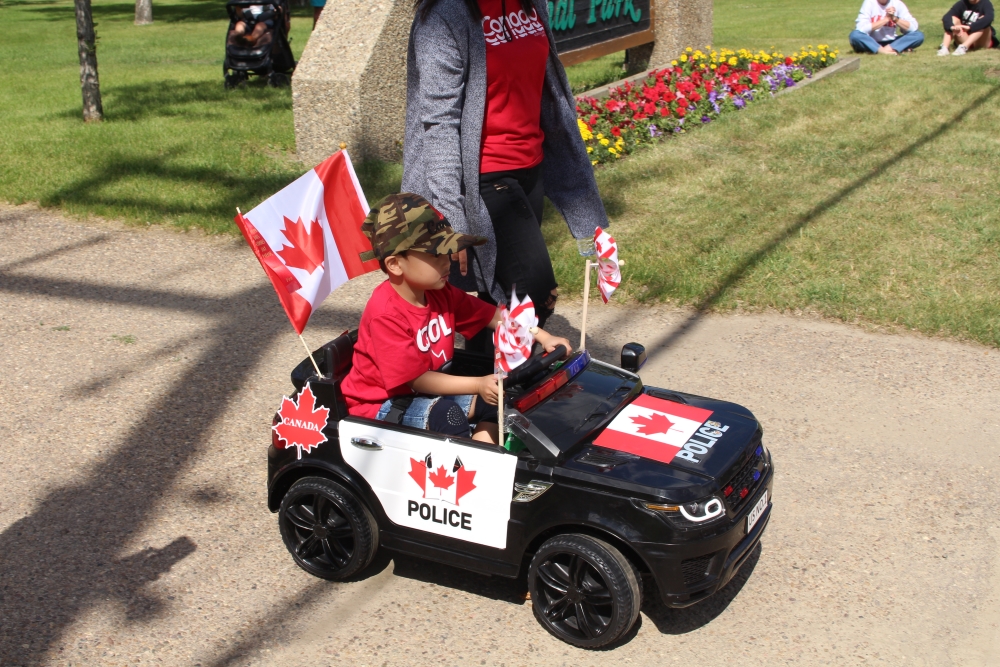 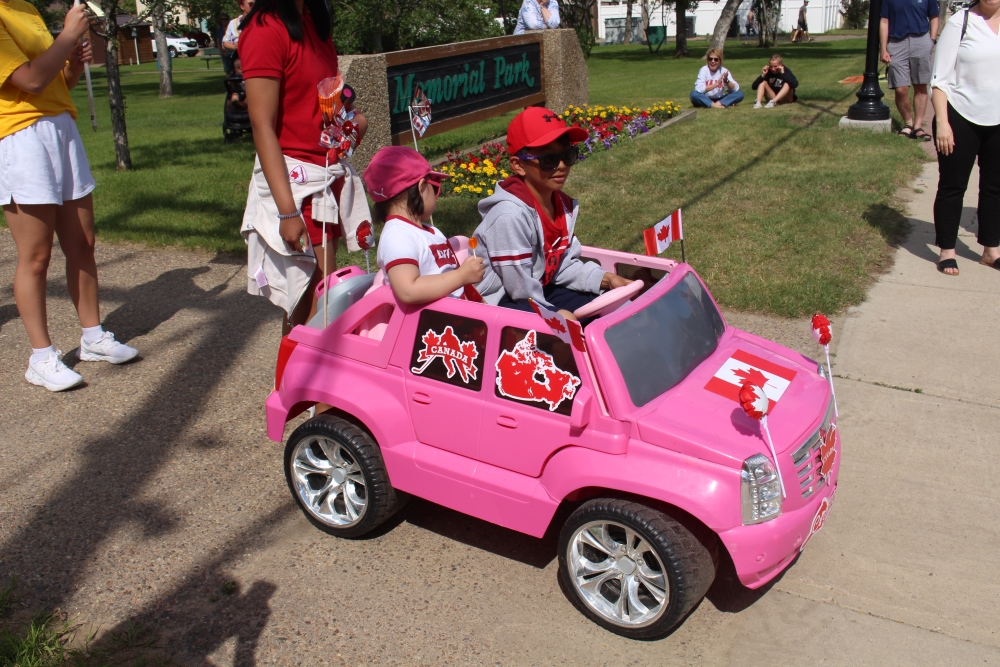 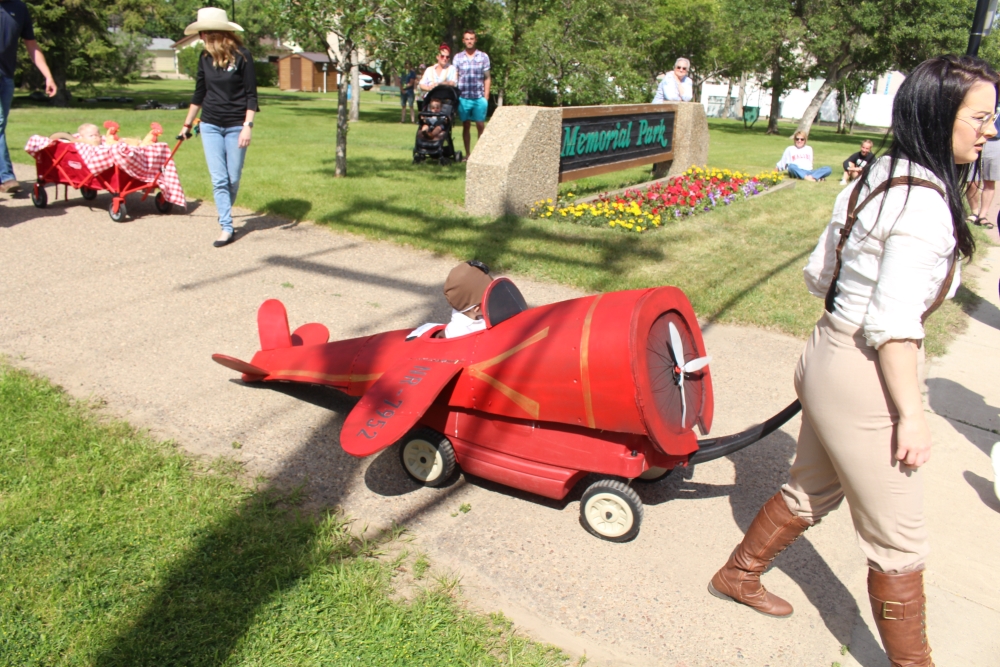 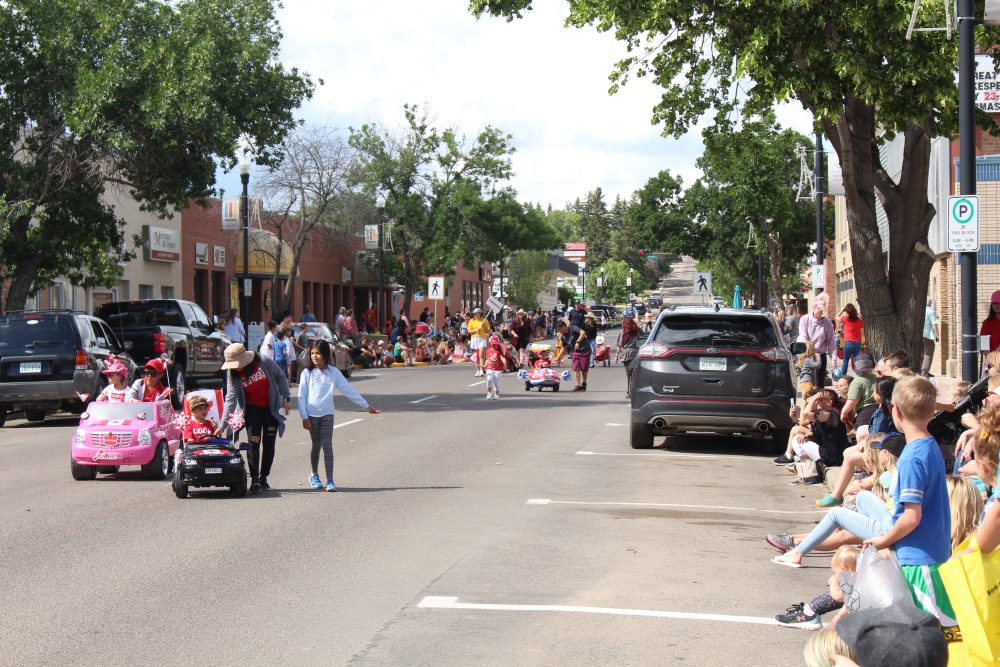 Historical building in Swift Current gets a makeover