A teacher at Fairview School has made a positive impact on her students and the community by actively participating in the Million Reasons Run that took place throughout the month of May.

Cheryl Hegglin, grade five teacher at Fairview School, said she first became inspired to participate in the run after stumbling upon a post on social media.

“When I saw that the run helped raise money for our local hospital in Saskatoon, The Jim Pattinson's Hospital, I kind of thought, well this would be a good way to raise some money for the children’s hospital and kind of a good way to kind of kick start getting back in shape,” she explained.

Hegglin began by signing herself up to run 30 km, while her two children agreed to run 10 km.

During the month, she communicated with her students about the run that she was taking part in and noticed a growing interest from the class.

She added that while talking to her class one day, the idea popped into her head to ask the class if they would like to participate as well.

“I was just talking to them and said, ‘hey, you know what I just thought of this idea, would you guys like to run my final and last kilometer with me?’,” she explained. “They were so excited and jumped right on board right away and said yes, for sure.”

On the last day of May every student in Hegglin’s class ran or walked with her for her final kilometer.

Hegglin said that seeing the class wanting to support her is something she will never forget.

“We share our lives with each other and the fact that they wanted to help like support me and something that I was doing, that meant a lot to me,” she said. “And that they just all were on board and ready to just jump in and you know, complete that with me.”

Despite being touched by the way her students rallied around her, the teacher added that the most special part of the experience was seeing the students support each other.

“What touched my heart was at the end of the race we still had some students that were kind of lagging behind and the rest of the students that had already finished ran back and helped those students finish crossing the finish line at the school,” she concluded. 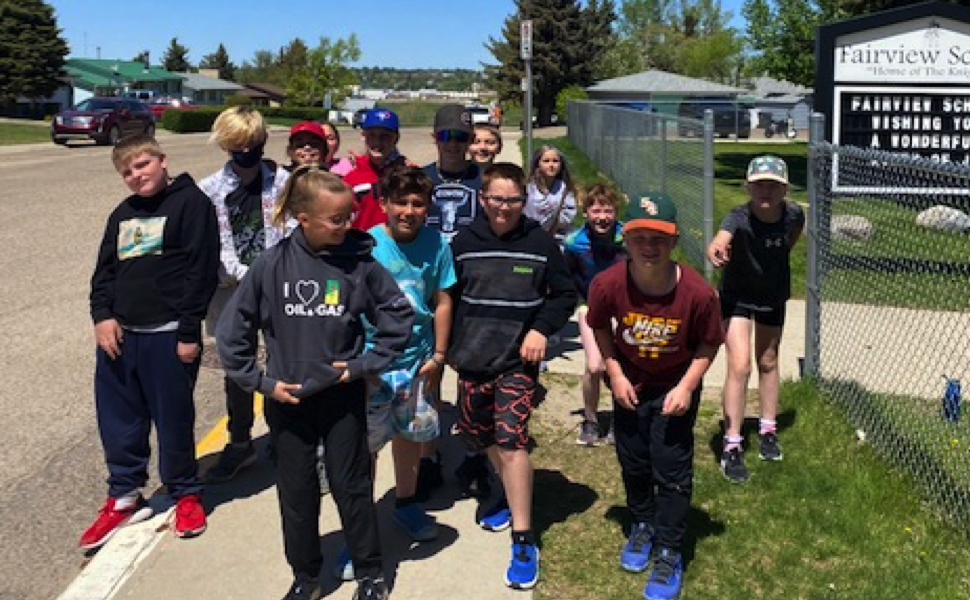