A semi fire west of Swift Current last night slowed traffic on the Trans-Canada Highway for a few hours.

The inferno about 16-20 kilometres outside of the city was reported to the RM of Swift Current Fire Department at 9:30 p.m.

Upon arrival, the truck was fully engulfed and forced emergency crews to close the highway for eastbound and westbound traffic.

"It was burning intensely," said Louis Cherpin the fire chief for the RM of Swift Current Fire Department. "We weren't that far behind the call and it just seems out of sorts why it would burn that much."

Eight firefighters from the RM battled the blaze containing it to mostly just the truck and trailer with water support courtesy of the Swift Current Fire Department.

"After the fire was out, it was too much of a loss to determine anything at that point," he said. "I still have not talked with the driver yet. Once I get that looked at, we will be able to have a further investigation to see what caused it."

The westbound lanes were re-opened an hour after firefighters arrived and by the time fire crews left around 1-1:30 a.m., the eastbound shoulder was open to traffic.

"It was good work by my guys," he said. "We got out there quickly and everybody has a job to do and they definitely knew what they were doing and we were able to get it knocked down quickly."

Cherpin added the freight in the semi appeared to be a half-load of milk.

Nobody was injured in the blaze. 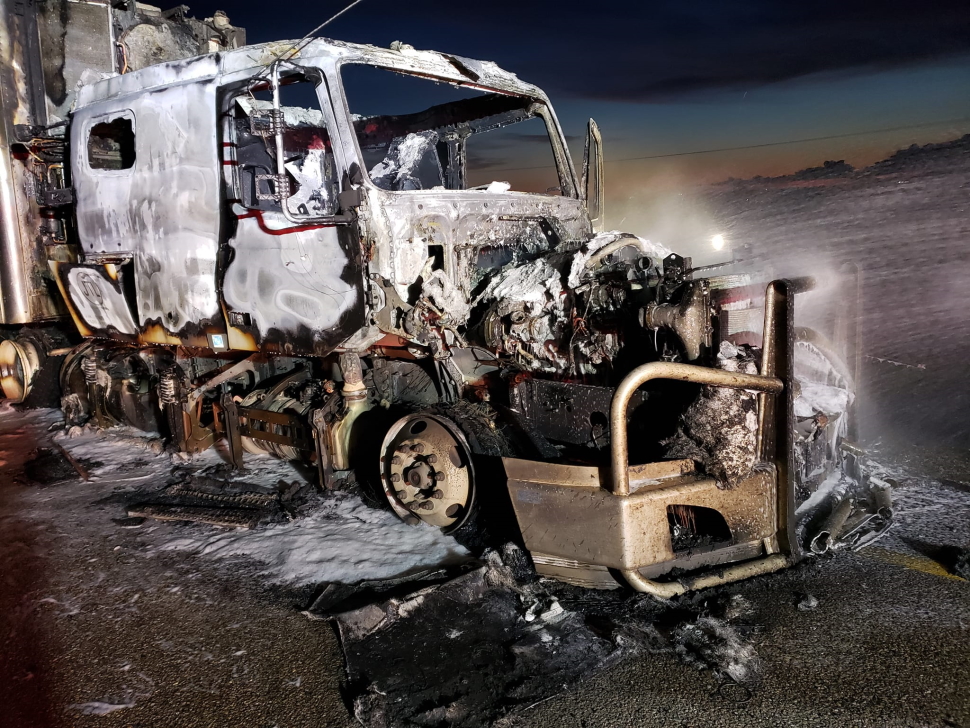 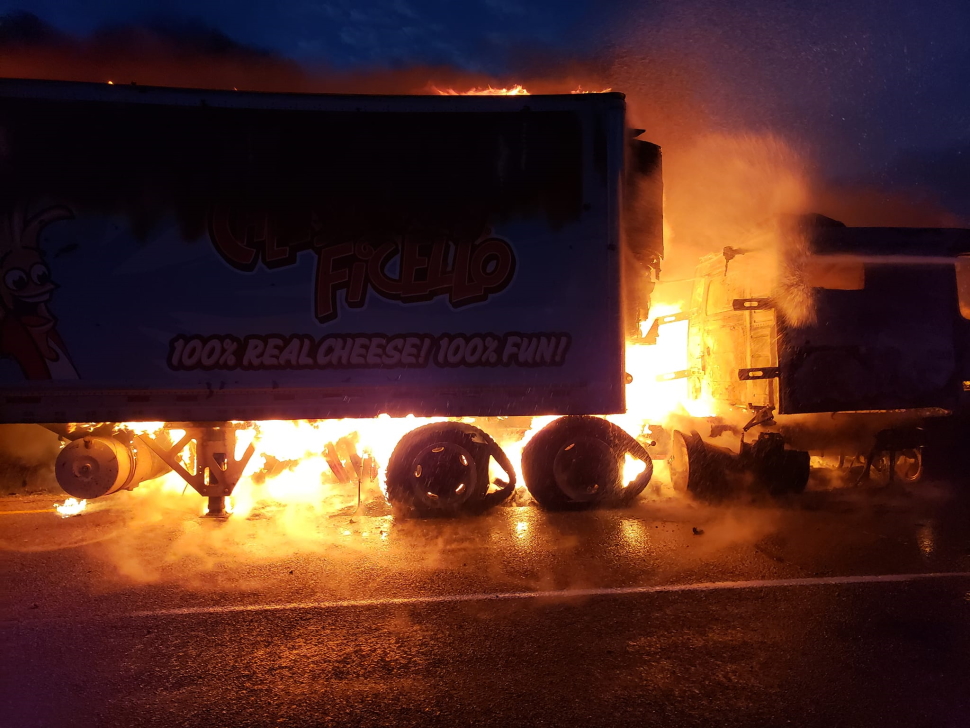 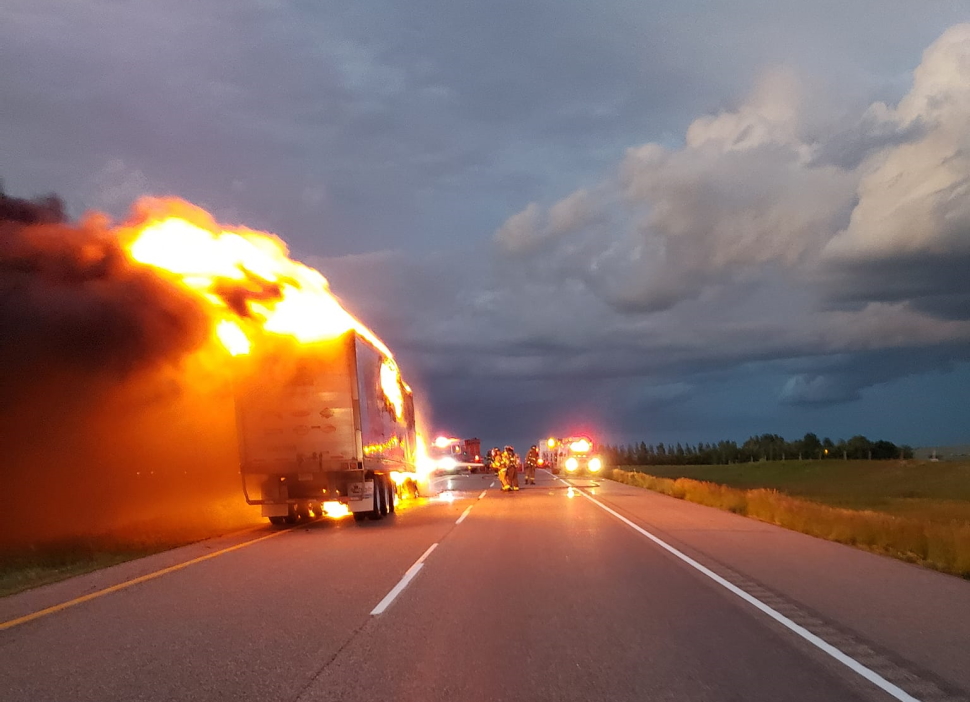