Yesterday was a big day for the small community of Abbey.

The southwest Saskatchewan village of around 100 people tripled in size for the day, as over 300 people showed up for the 2022 Grey Cup Festival celebration.

Abbey recently won the honour of kicking off the festival's tour, bringing the party with members of the Roughriders organizing and the Grey Cup itself.

Families and individuals were able to enjoy the company of Roughrider Alumni, the Roughrider Cheer Squad, live music, beer gardens, and plenty of family-friendly activities. Those centred around a bouncy castle, the brand new playground equipment that was nearby, face painting, and plenty of great snacks and soft drinks.

And not to be forgotten, was Gainer the Gopher. Though he was certainly the biggest prairie dog in town, he was also giving out the biggest smiles to every child he met.

Of course, for many people both young and old, the biggest thing was the fact that the Grey Cup itself was in town for the day, with virtually everyone lining up at some point to have their photo taken with the Canadian football trophy.

"It's all about community," said Chalmers. "Saskatchewan fans are probably the best in the country. It's a province of fans "

The whole reason the cup came to Abbey, Saskatchewan is because of Economic Development Officer, Jenn Biensch. She submitted her application to the event organizers and sponsors, Richardson Pioneer (organization brand name). In order to submit her application for the town, Biensch had to clear all the criteria. That entailed writing an essay and making her argument for why they deserved not only the festival but a grant of $25,000.

"It's a huge deal," beamed Biensch. "We're a pretty small community, so to have the riders come here and have the Grey Cup come here, this is a once-in-a-lifetime opportunity for us. There's a great turnout., everybody is really excited about it and there's been a lot of excitement in the air building up to this. I'm glad the day is finally here and it's exciting to see everyone out having fun."

The prize money comes from Richardson Pioneer, who has partnered with the Grey Cup office on this event, helping fund not only the festivities but also investing that prize money into a rural community they think deserves it. When they received Biensch's application, they knew that they had found exactly what they were looking for in Abbey, as they sought to win to fund the refurbishment of their local park.

Neil Banburi, assistant vice president for Richardson Pioneer, attended the event, handing over the cheque to Biensch during the stage presentation of the money.

"To be able to support a community like this is just fantastic, and that's truly what the Richardson Foundation is all about," said Branburi. "It's all about giving back to the communities where our employees and our customers live and work."

The money they awarded to Abbey will be put towards their park, helping to fund the installation of a rubberized surface that will require next to no maintenance, and will last for many years to come.

Of course, an event like this draws out a lot of support from surrounding communities, with plenty of folks coming from places like Cabri, Gull Lake, and Swift Current. Perhaps one of the most important turnouts was MLA for Cypress Hills, Doug Steele. He was in town for the party, as a representative for the Provincial Government, and of course as a Rider fan.

"In my mind, it's one of the best things we can do," Steele said in regards to the money being given to the town. "Our small towns are what built this province and now investing back in them helps to show that we're there to work with them as we move forward."

Everyone who came out for the event enjoyed live music, good company, and the satisfaction of their communities efforts culminating in being the starting point for the 2022 Grey Cup festival. 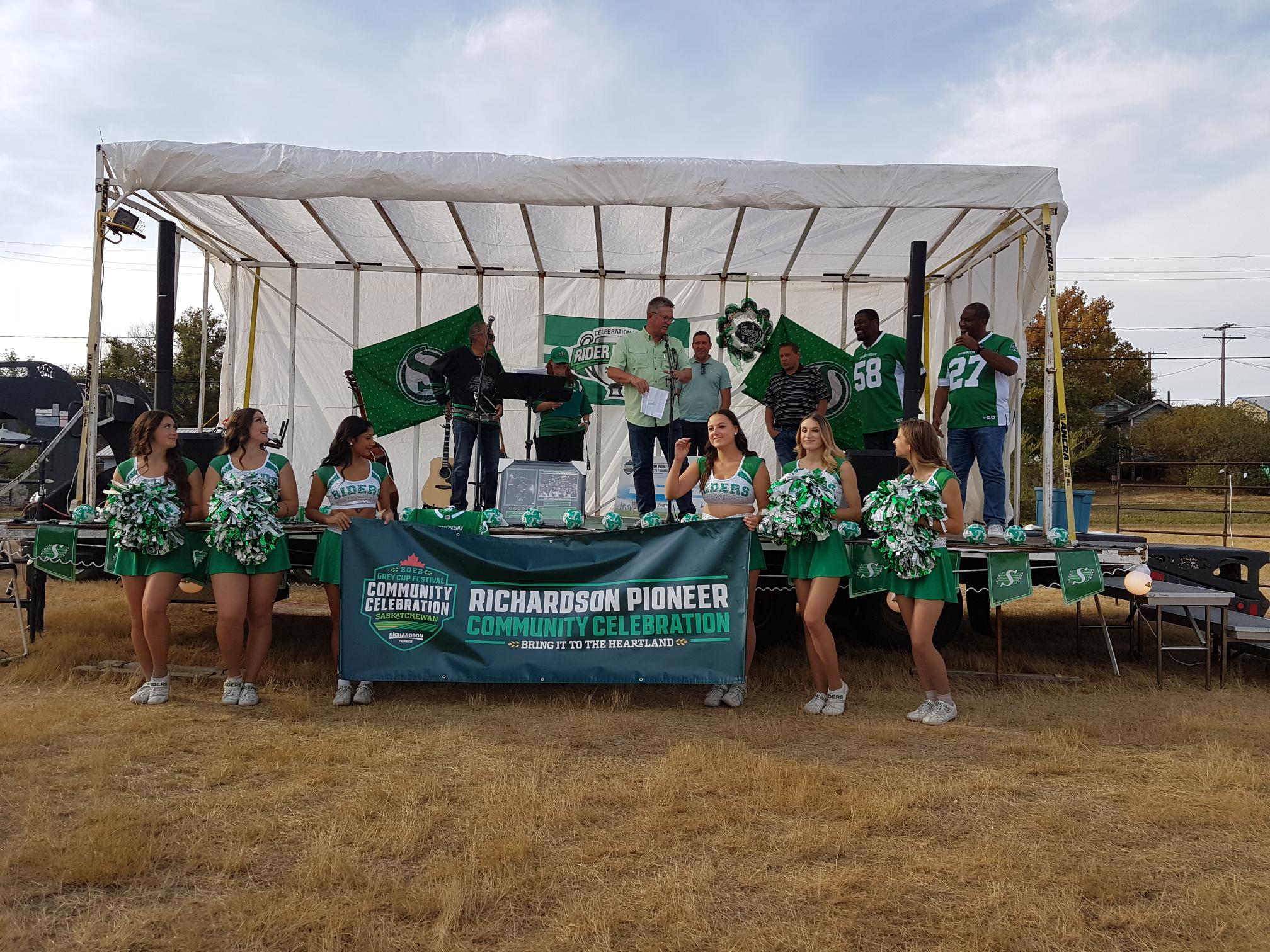 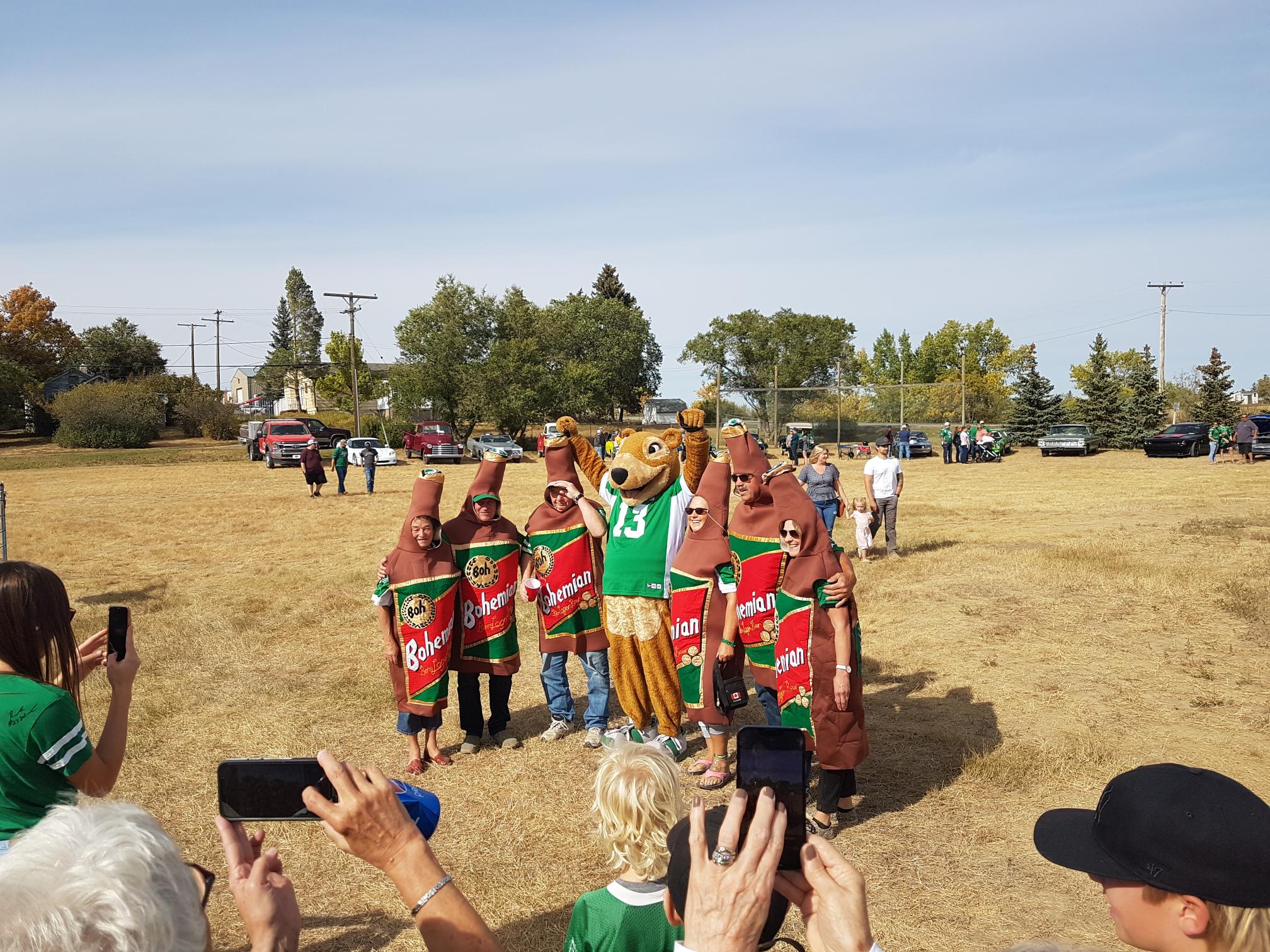 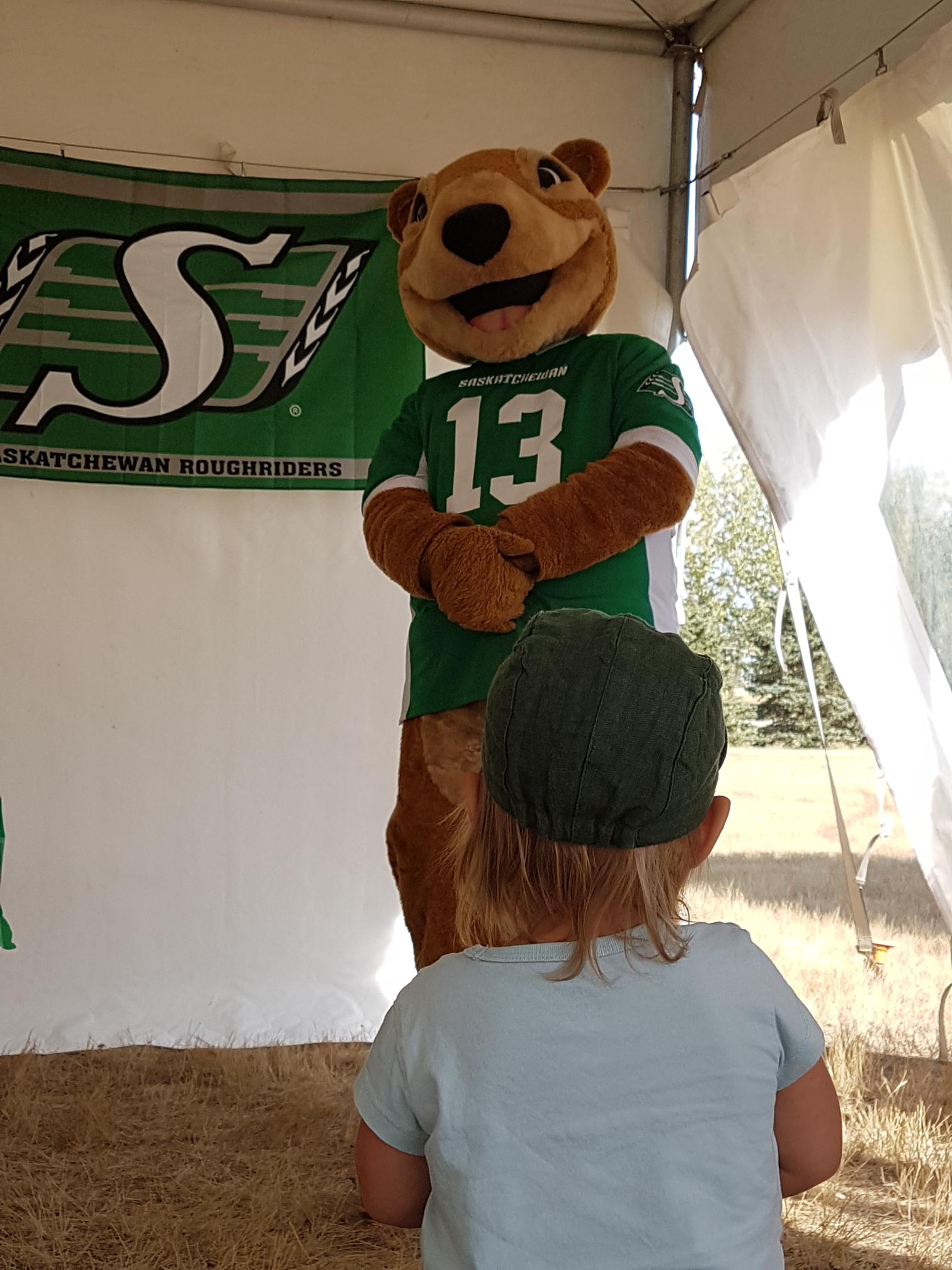 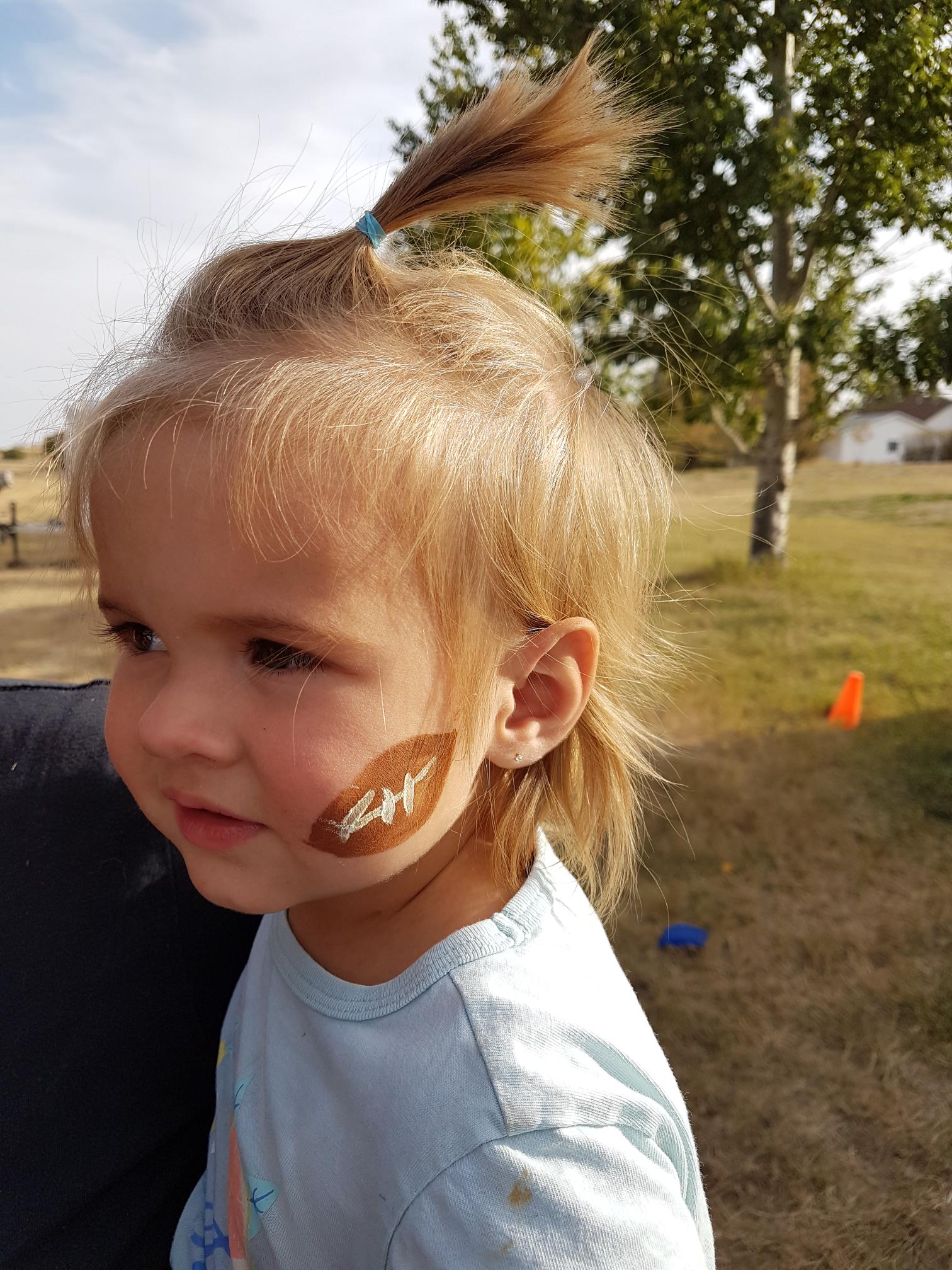 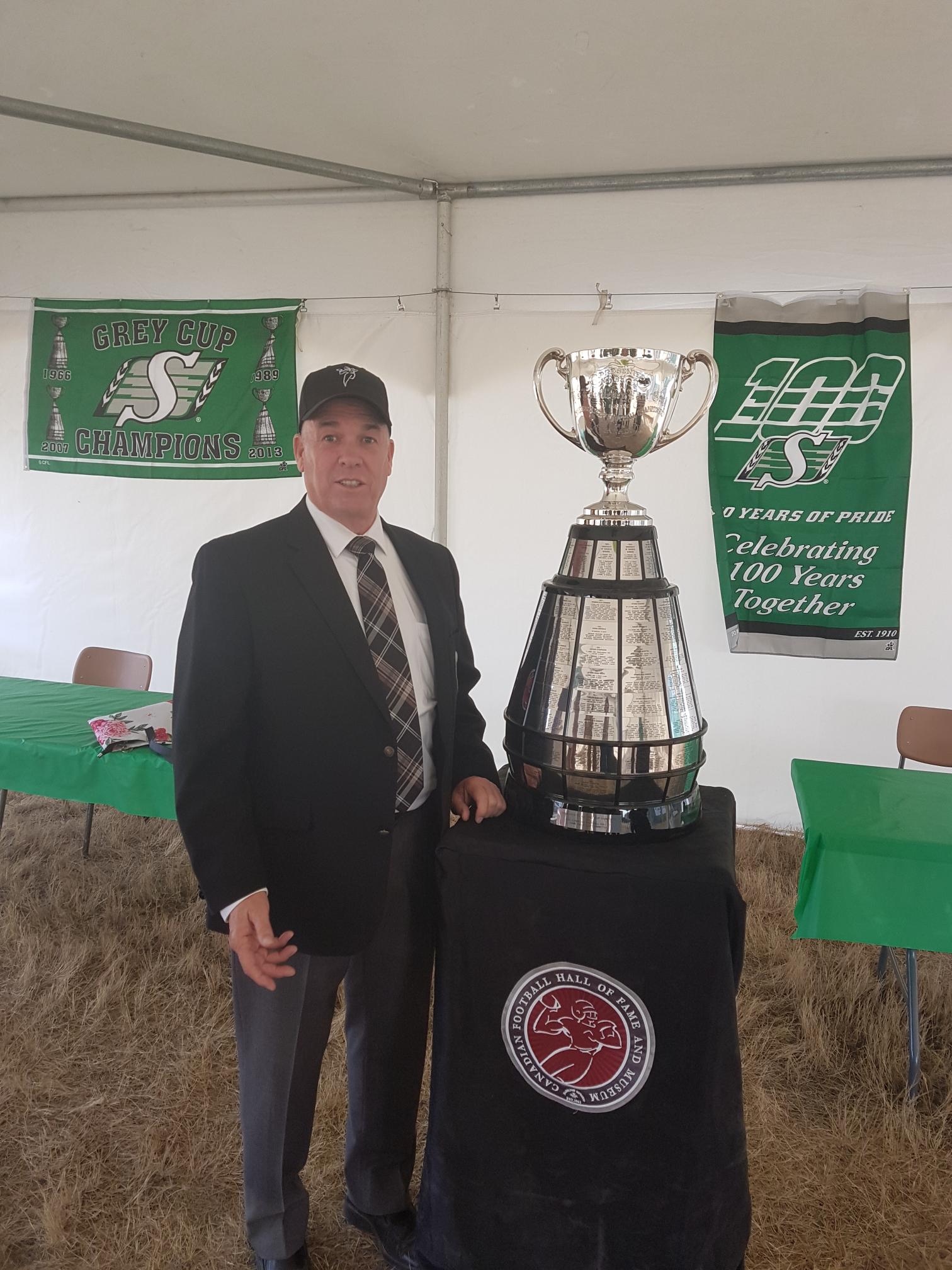 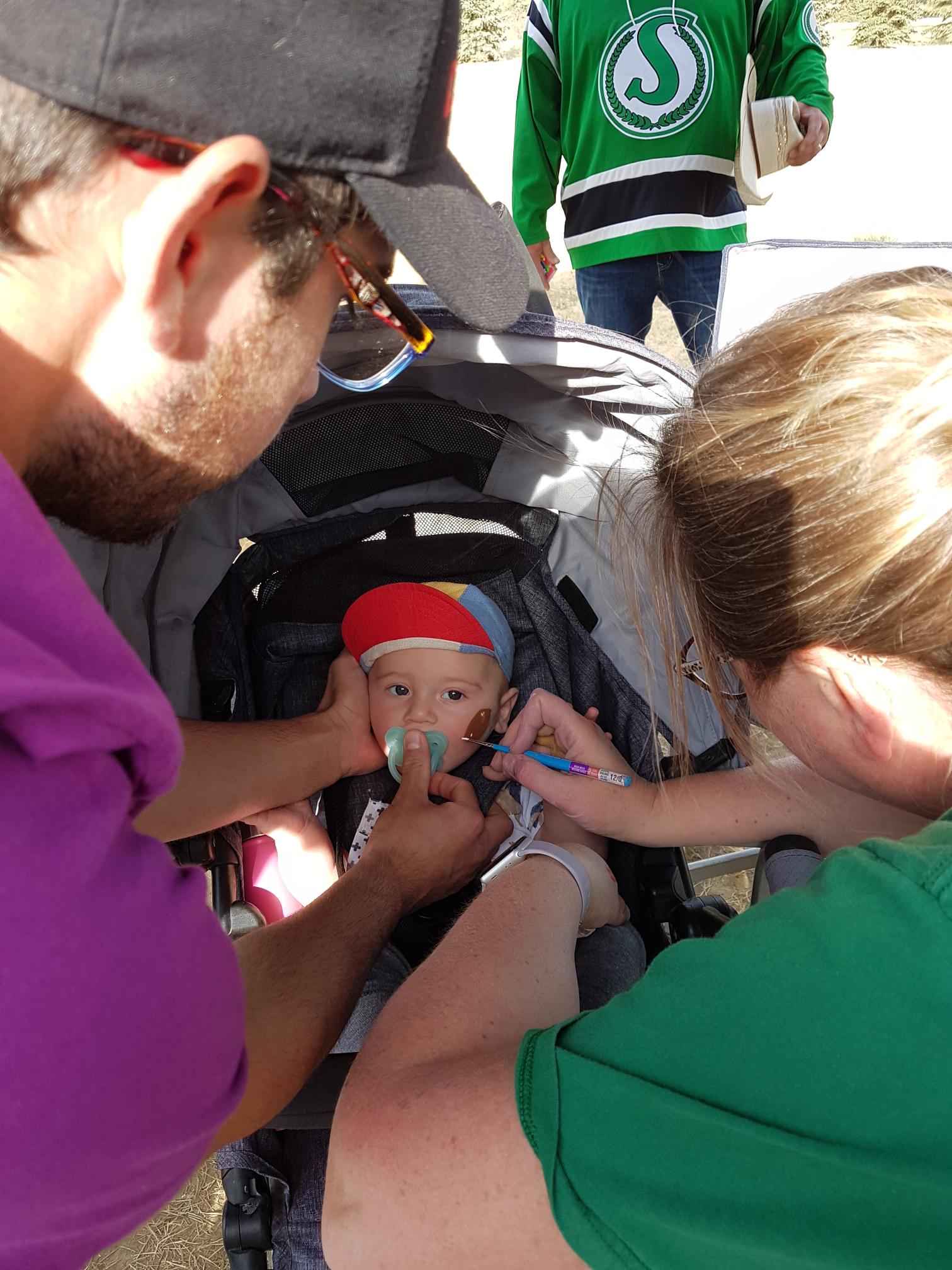 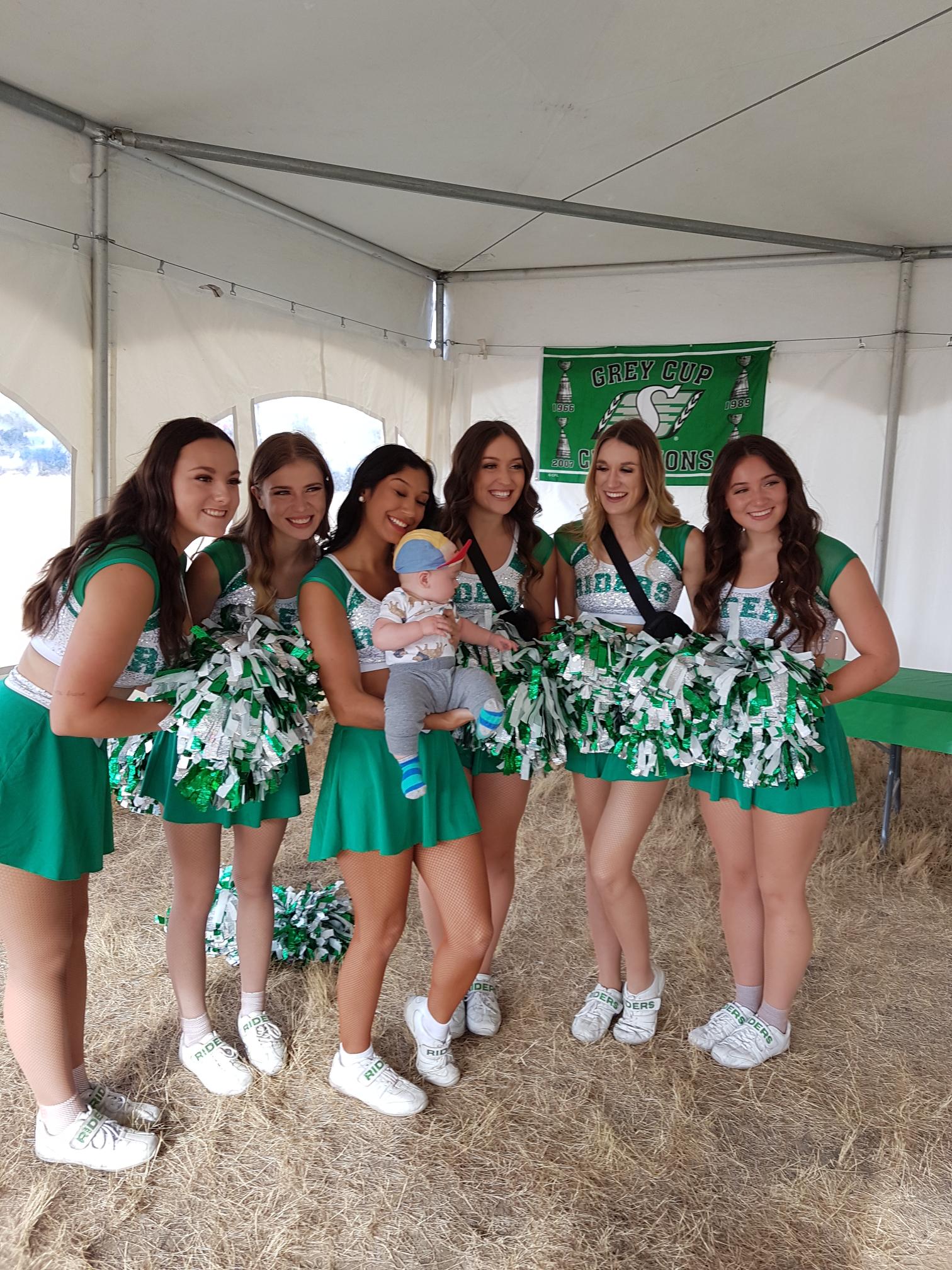