An investigation into a sophisticated crime group distributing illicit substances in Saskatchewan and Alberta has led to 70 criminal charges being laid as well as the seizure of a significant quantity of drugs.

The Saskatchewan RCMP Federal Serious and Organized Crime Unit (FSOC) in Regina, began investigating the crime group, that was distributing drugs to multiple communities across the two provinces, back in October of 2020.

During the two-year investigation, RCMP conducted more than 7,000 hours of surveillance between Saskatchewan, Alberta, and Ontario.

The extensive investigation also included over sixty judicial authorizations being executed; seven individuals being criminally charged; and a significant amount of illicit drugs and currency being removed from the streets.

A subsequent search warrant was executed at another location in Edmonton, AB, where investigators found an additional 7,662.21 grams of Meclonazepam (approximately 25,000 fake Xanax pills), 40.01 grams of cocaine, 659.49 grams of psilocybin (mushrooms), 39.54 grams of MDMA and $123,652 in Canadian currency.

Police are continuing their search for the seventh individual charged in relation to the investigation, 48-year-old Michael Bagan of Edmonton, AB.

Bagan is said to be 6’1” tall, approximately 216 pounds, with blue eyes and brown hair. A warrant has been issued for his arrest.

In a statement released by the RCMP, Andrew Farquhar of the RCMP’s Federal Serious and Organized Crime Unit in Regina said, “The negative impact this group had on people in Saskatchewan and Alberta is immeasurable. These types of groups profit by poisoning our people and our communities – both in big cities and small towns. We’re really pleased to have taken these harmful substances out of our communities.”

Anyone with information regarding the whereabouts of Michael Bagan is asked to contact their local police service, RCMP Detachment or the Saskatchewan RCMP at 310-RCMP.

Information can also be submitted anonymously by calling Crime Stoppers at 1-800-222-TIPS (8477) or online at www.saskcrimestoppers.com. 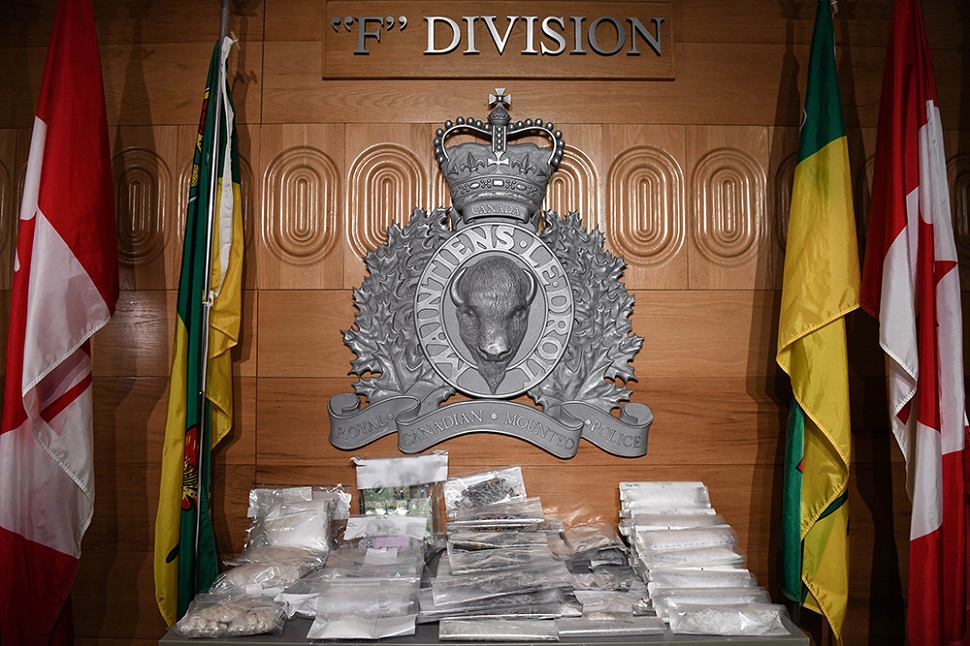