The Trans-Canada Highway near Waldeck has re-opened after firefighting effort.

There are only some smouldering patches left in the scorched remains of the field, and they are continuing their efforts to keep those from sparking to life again.

Plenty of the surrounding farmers and people in the area showed up with additional water supplies and helped to keep the fire from eating further into the surrounding harvest crops.

RM of Herbert Fire Department Fire Chief, Brad Cornelson, was on the scene, helping fight the fire with his crew. 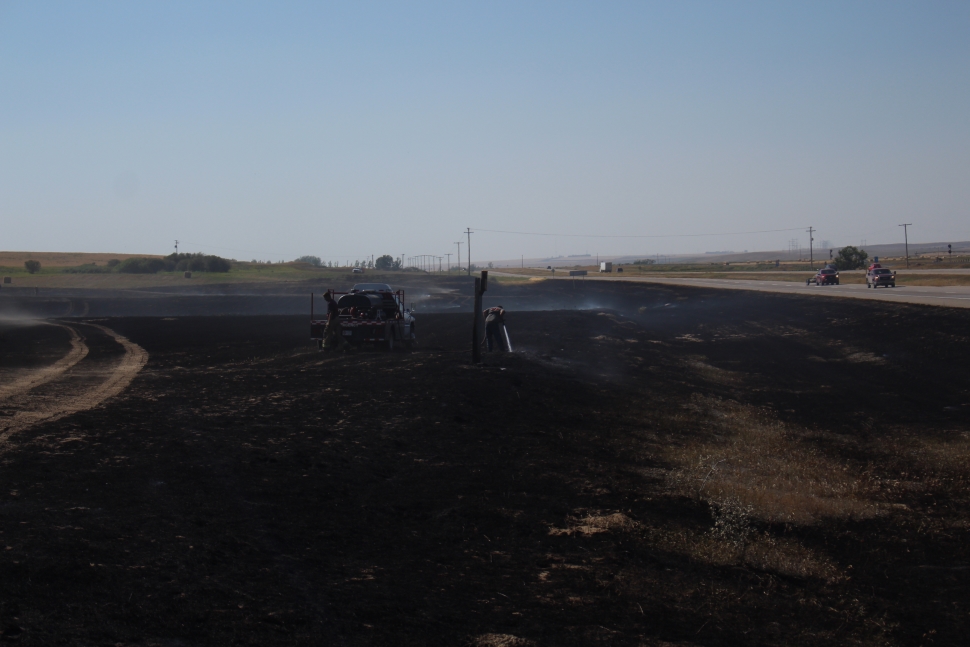 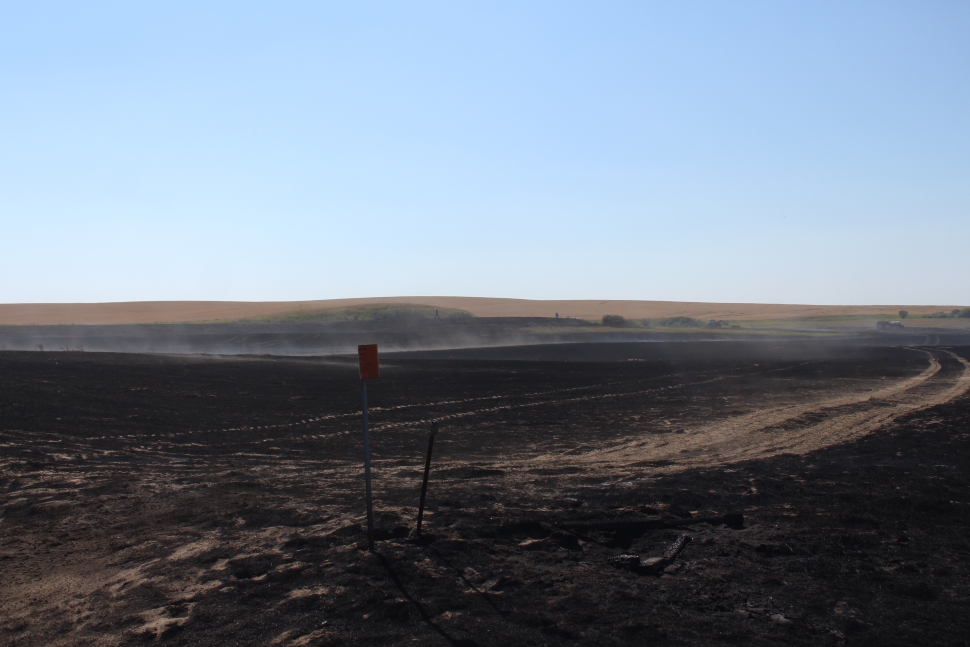 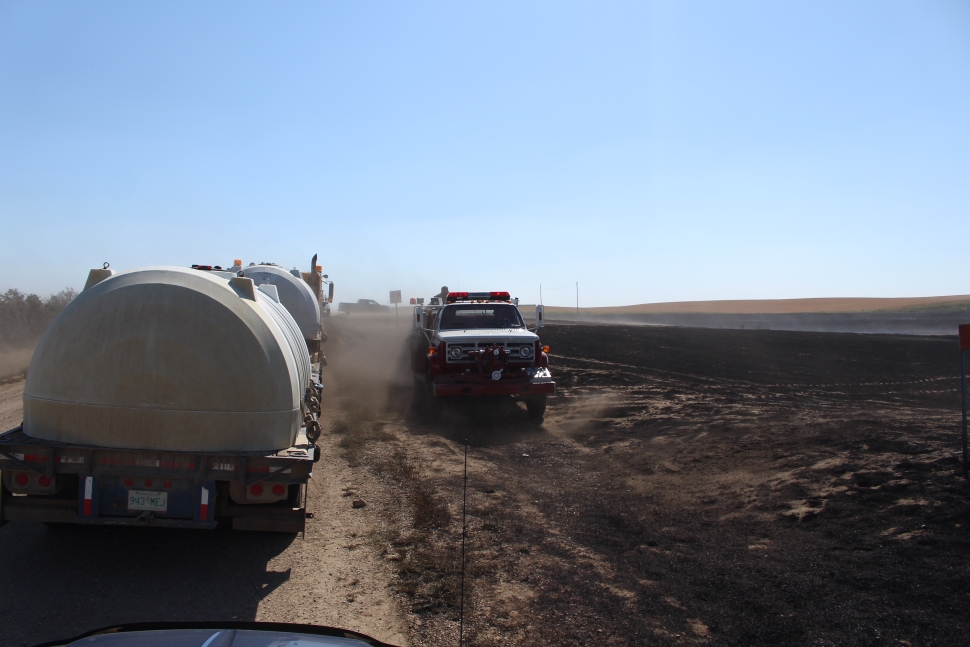 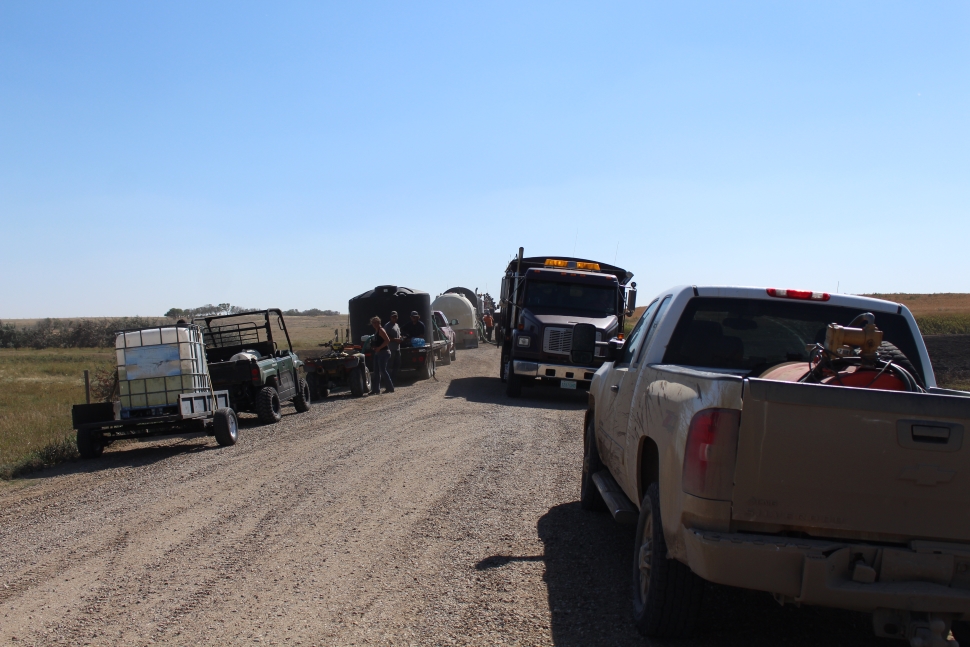 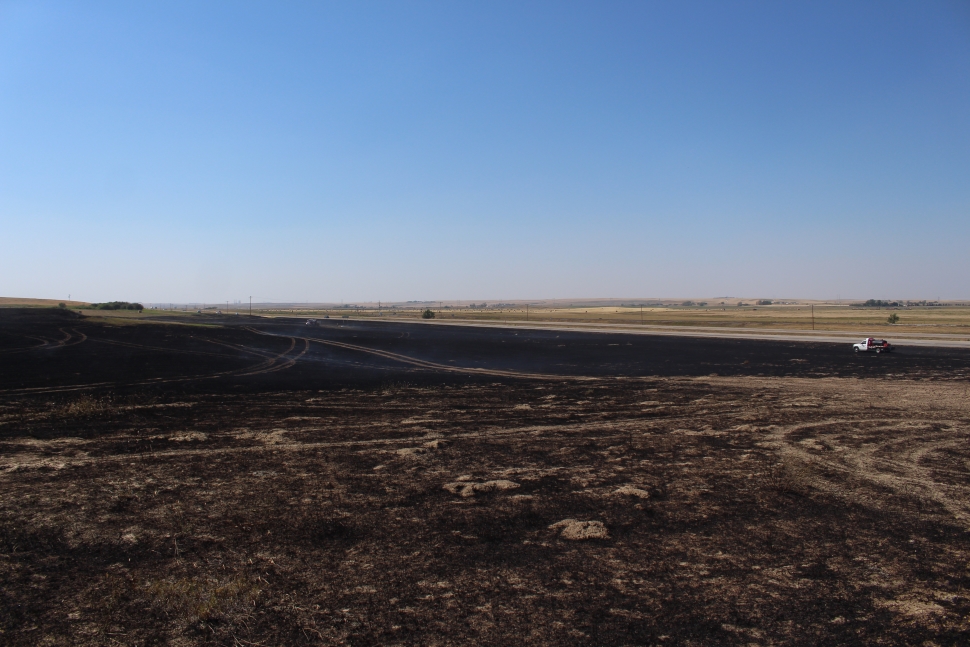 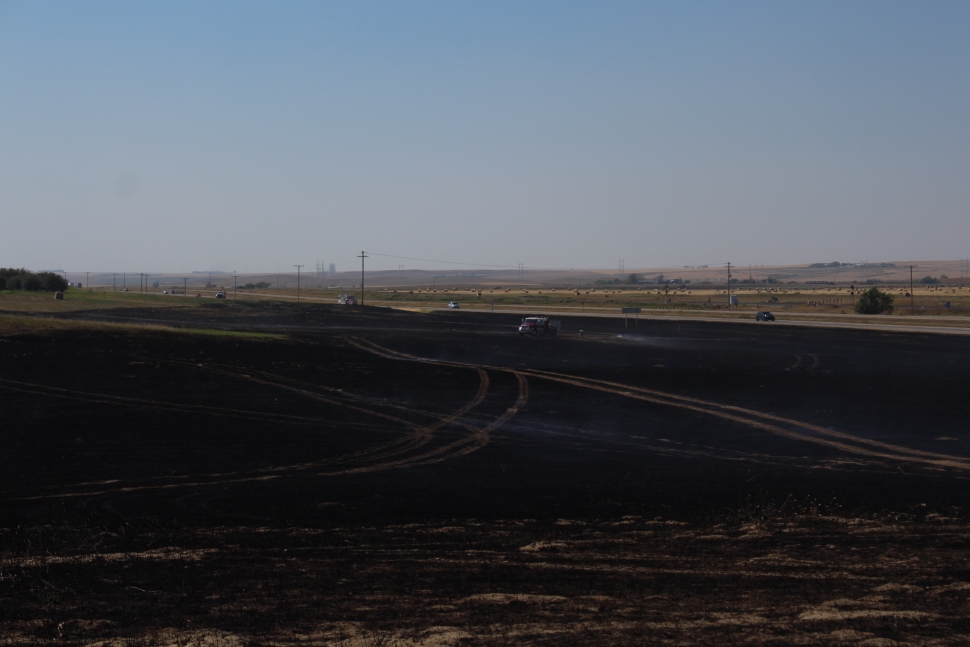 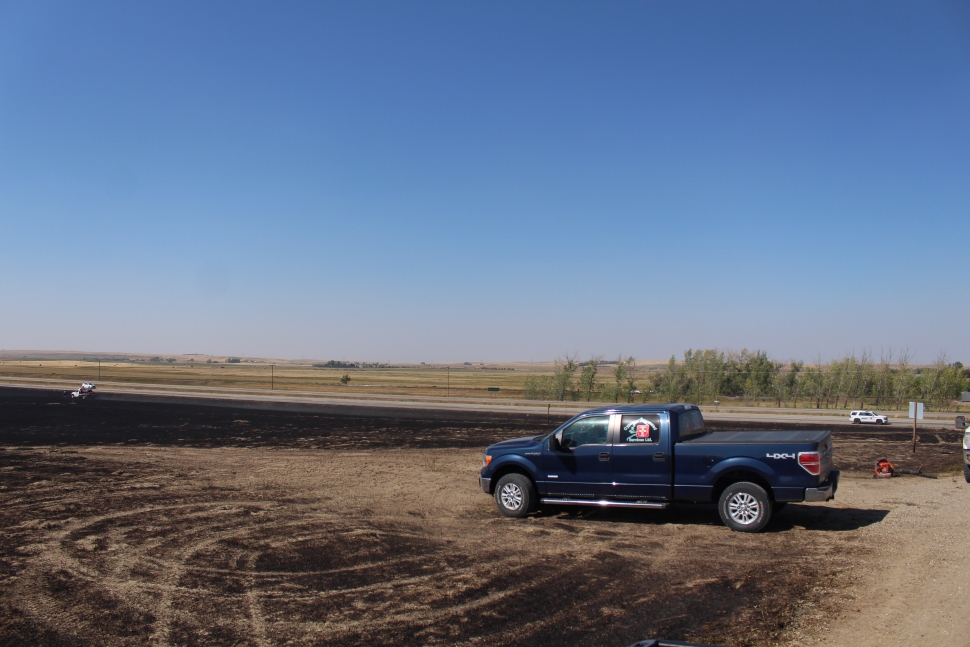