This new facility is the result of dozens of years of work, spanning many hands and efforts across the decades that it has been in the works.

On opening day, dozens of individuals came out for the ribbon cutting. Amongst those gathered, were dignitaries from the City of Swift Current, the Province of Saskatchewan, and the Canadian Mental Health Association.

Together with the members and workers in attendance and their families, they gathered for an opening ceremony. Speaking at the ceremony was Todd Vallee, executive director for the Swift Current branch of the CMHA, who lead the day's events, and introduced the other speakers. The other speakers included Swift Current Mayor, Al Bridal, Saskatchewan CHMA branch Executive Director, Phyllis O'Connor, and Everett Hindley, MLA for Swift Current and Saskatchewan Minister of Mental Health and Addictions, Seniors, and Rural and Remote Health.

Each speaker spoke about the amazing effort it took not only by CMHA members but all the local people who came together to help raise money for the project. The building was expected to run up a total cost of roughly $900,000. But after some issues in the supply chain, they ended up with a final bill of nearly $1,200,000.

The details of how they finally got these new facilities built are none too few, and span many years.

"Years and years and years ago, the Board and Director of CMHA decided we were outgrowing our old home," said Vallee. "They started to plan for a new facility in Swift Current."

Thus began decades of putting away money, saving for a day when an opportunity came that they could purchase an appropriate parcel of land in Swift Current.

Money wasn't just saved, it was donated and raised through many fundraisers. People from all over the southwest part of Saskatchewan come to use these facilities and the services they house. It was these people who ensured that the money needed was raised, volunteering their hours and their abilities.

"This was front and centre as a project locally for me on my mind as well as some other projects around the province," said Hindley. “We were fortunate enough that we were able to contribute some one-time capital dollars to this project here in Swift Current."

Hindley was able to help organize $200,000 in his role as Health Minister. That money helped get them over the last edge to begin working on the construction. Without his efforts, many believe they would still be fundraising the last of the money needed to begin the project.

"Oh, this is so exciting," said O'Connor. "I mean, honestly, when we see this beautiful new building, I think this is probably one of the flagship branches for CMHA in Saskatchewan. It's been said 'years and years' in the dreaming stage, then they were finally able to start work."

Now that they have completed the project, it stands as an example to the rest of the CMHA in Saskatchewan of what can be accomplished through community efforts. Its facilities bring many strengths that the old build lacked. One of the biggest things is accessibility, as this entire structure is on one single floor.

"We've seen so many different people that we didn't see at our old facility," said Vallee. "Some people just didn't have the ability to make the stairs work anymore. The mobility aspect has been absolutely massive."

Indeed, seeing so many people who have mobility restrictions turn up for the opening day, whether that be in wheelchairs, walkers or with canes, really drove home how this facility will be better able to serve the ones who need it.

And with all the faces that showed up to enjoy opening days festivities, it revealed another huge strength of the new space. That is that it's a huge space. Previously, a lot of the rooms of the old building worked double duty, serving multiple functions. Whether that was the lunch room doubling as a board room, or exercise rooms having to serve additionally as meeting spaces, they were always limited in what they could provide for space.

"Our programming is a magnificent spot for people to be and reach a potential that they might not otherwise," said Vallee. "Just having that space to go, that safe place where people understand that just because you're experiencing some mental health issues, that we can all work on it and it's a safe place for everyone."

With the increase in space at the new site, they can now house their regular programming and have space for meetings and one-on-one sessions. This kind of flexibility to host large-scale gatherings along side being able to take the time and space to focus one-on-one, without having other people leave the space, will have a huge impact on the level of care they can provide going forward.

The result of over 20 years of efforts, organization, and cooperation is a testament to the strength of more than the Swift Current community, but the southwest as a whole.

"Wherever we are situated we try to have adequate space for good programming and privacy issues, but it's not always possible in the old buildings," said O'Connor. "In the future, it would certainly be something that we would want to steal ideas from because this is a beautiful facility."

Going forward, this facility will indeed serve as an example for anyone else looking to build a similar home for the CMHA in their community. 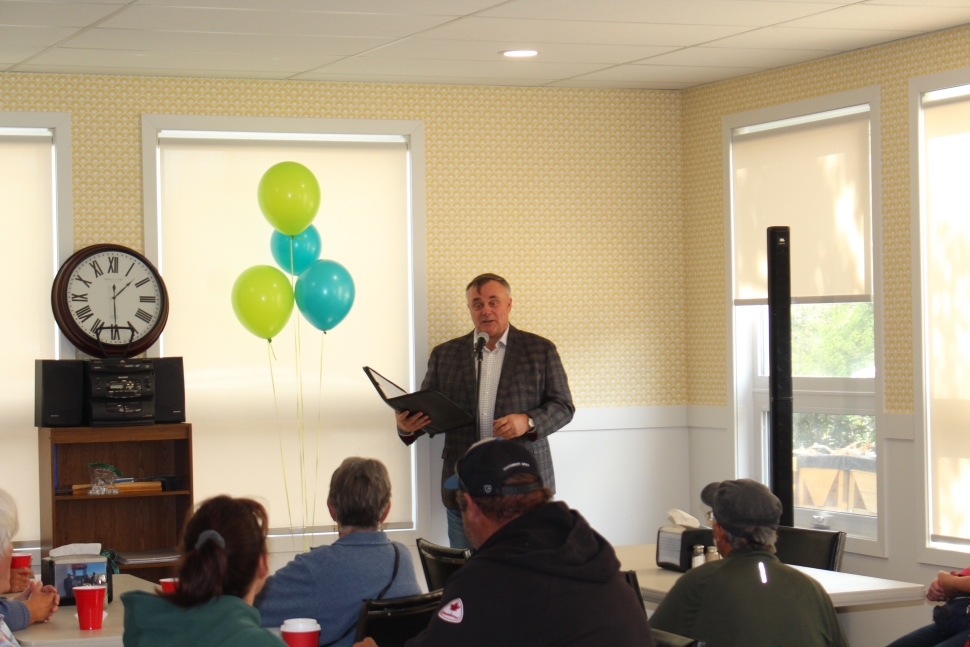 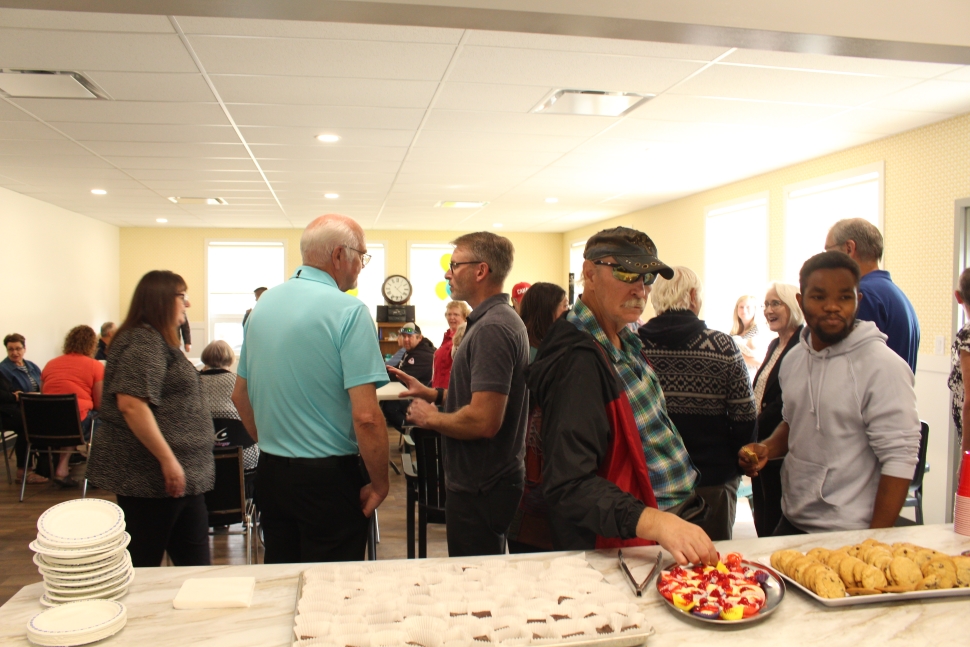 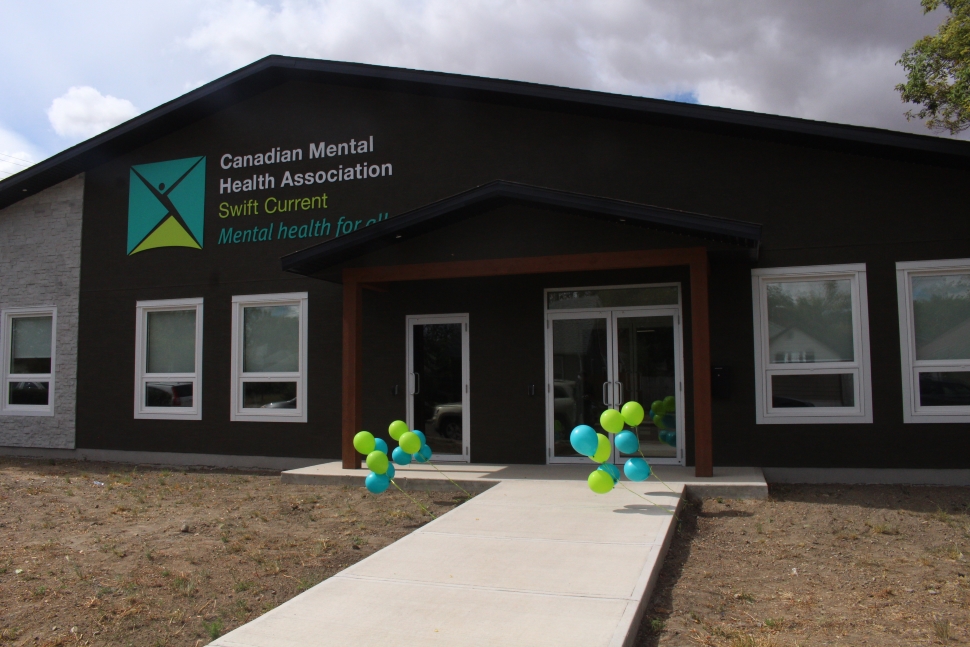 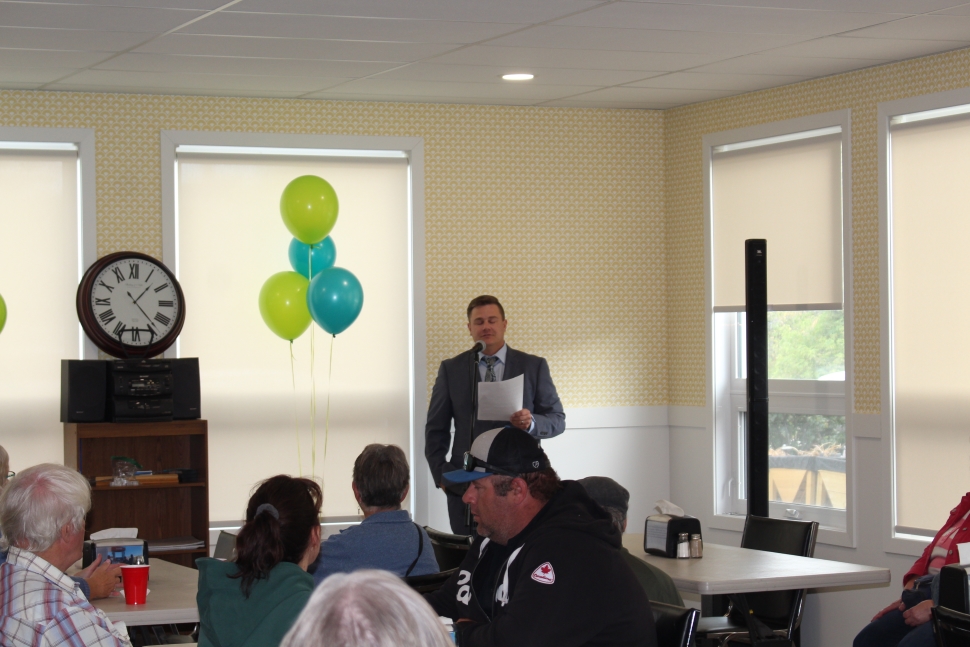